A leadership tussle within a Boko Haram camp in Madagali, one of the local government areas that had been overrun by the militants, has led to an exchange of gunshots amongst members of the dreaded group with 30 feared killed.

Trapped residents of Madagali town yesterday said that the fight ensued over a disagreement over whether or not to surrender and sheathe their swords as well as who should be the new Amir (leader) of the group after the killing of the former leader by federal troops in Bazza a fortnight ago.

One David Chakwa said: “Over 30 Boko Haram fighters were killed in Madagali town after a fight that ensued between them over disagreement on whether to surrender their weapons or not. They just kept shooting one another ceaselessly.” 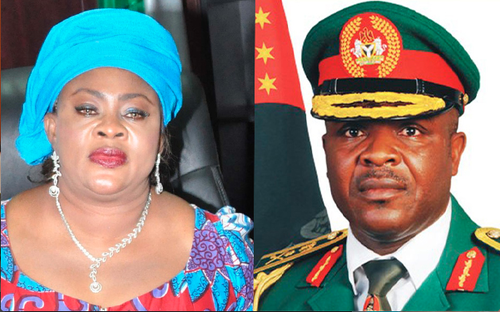 Chakawa told reporters that there had been disquiet among members of the group, with some agitating for a ceasefire.

He added: “Already, there is also a leadership crisis over who should emerge as the new leader in Madagali. For almost three weeks now, Madagali, Gulak, Shuwa and Michika  towns have been under control of Boko Haram members.”

Meanwhile, gunmen suspected to be members of the sect on Wednesday night stormed Shaft, a town in Basal local government of Borno state,  killing over 20 residents.

The insurgents also set ablaze over 50 houses, 10 churches, three schools, and government hospital staff quarters of the church pastor and workers, among others.

He told our correspondent on phone from the village of Saka, where they are taking refuge, that the Boko Haram members had been terrorising the town in recent times with series of attacks and threats without the military being deployed to the area to protect them.

He said: “We live in fear and panic of being attacked by the insurgents and we don’t have cover or any military man on ground since this crisis started.

“Innocent people have been killed. Just few weeks ago or last week the same insurgents stormed the town and killed a retired soldier and policeman for no reason. And today see what they have done to us.

“They burnt all the major structures in town and people’s houses for nothing and this is how they disappeared on their own at dawn early this morning and they started their trouble since yesterday in the night, around 10 p.m. Nobody came to our rescue, not even the military.

“In fact, no less than 20 people have been reported killed by the Boko Haram insurgents in town because when they set people’s houses on fire the residents were on the run. Some had to run to hide in the bush. Others ran to nearby villages while some hide inside their houses because it was night.

“Confusion and tension took over everywhere. We were confused and tense. We could not even sleep. Most of the residents took to the bush paths to escape and they abandoned their goods and other property.”

Another resident, a woman, Saratu Balami, looks after her old mother while her brothers and sisters are away in Maiduguri and Abuja.

She told our correspondent on phone yesterday afternoon: “I am still in Shaffa town with our old woman as we don’t have anywhere to go but squatting in our relative’s place which was not torched in Shaffa. But our family house was completely burnt down, including our belongings, as we could not escape with anything from the house.”

In a related development, troops in Biu town, the headquarters of Biu local government area of Borno state, said they arrested 86 people suspected to be members of Boko Haram in two trucks with guns and ammunition loaded along with sheep and goats.

The weapons were carefully hidden in sacks and bags that were kept under the animals.

A security source in Biu told our correspondent that the insurgents were arrested at about 3:18 p.m. at a checkpoint located in the outskirts of Biu along the Kwaya Kusar-Gombe road when a driver alerted the soldiers.

The source said the trucks came along Buratai-Miringa road, trying to follow Gombe road on their way to the southern part of the country.
A resident of Biu, Malam Ibrahim Abubakar, said the insurgents were arrested at a military checkpoint on the Biu-Gombe road.

“Over 40 Boko Haram suspects were arrested and taken to the military barracks in Biu; seven of the suspects had a mark of hanging guns on their necks.”