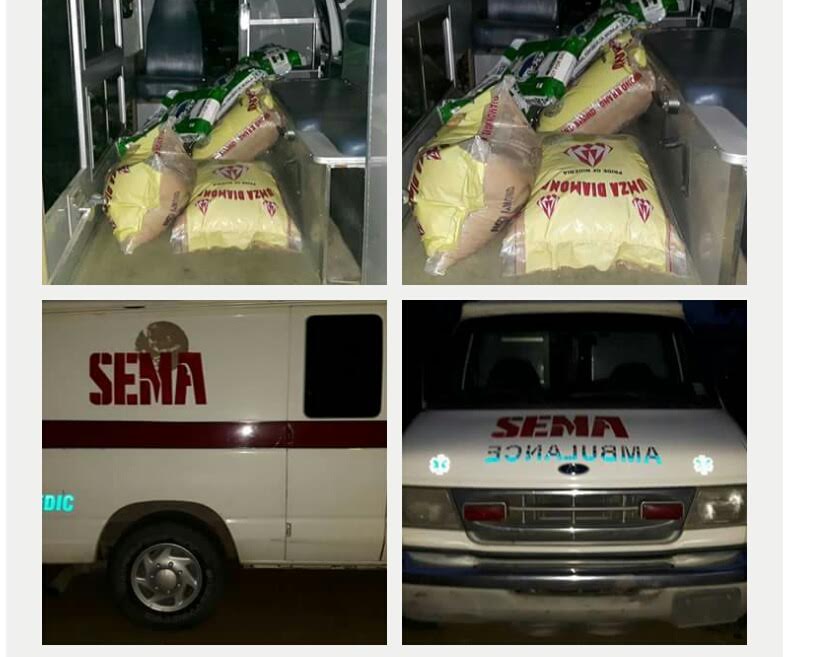 Recently, the Body partly responsible for taking care of the Internally Displaced Persons (IDPs) in Borno state, State Emergency Management Agency (SEMA) has come under accusations of massive corruption in discharging their responsibilities. This being allegedly perpetrated under the supervision of their coordinator, Satomi Ahmed.

A recent blunder that sparked the awareness and anger over the alleged corruption was the daily robbery of IDPs food donated by either the international donors or government agencies.

Due to the importance of the collaboration between NEMA and SEMA if one part fails in discharging its duties, the works of the other are rendered valueless and do not reach the needy IDPs.

So it did when the officials of SEMA, responsible for storing and distribution of food items across the camps, monitored by its chairman, hijacked thousands of bags of rice, maize, wheat, grains and other valuable and priceless items meant for the IDPs, to their various personal stores in Bolori store, re-bagging it- for storing, and in return, gave the vulnerable people expired stuffs for consumption.

The most irritating part of this show of shame was of recent, on 10th of April, when a number of IDPs at Arabic Teachers College, were reported to have being hospitalised due to expired maize that was served for them in the name of breakfast on that fateful day. The incident was treated as an in-house matter, due to lack of humanity and indefiance to respect of the rule of law.

It was also confirmed, all this while, it was the ICRC and UNHCR that are volunteering in donating food and non foods items, since the beginning of this year. They built lavatories, health care centres and facilities, provided sanitary materials and alot more. To sum it up, the Borno state govt are riding on ICRC effort and achievements, in hoodwinking donors and deceiving the federal govt.

Thanks to the skyrocketed fuel price that went aloof, SEMA officials now subjected the ID’s in living in total blackout throughout the nights, selling the gasoline and fuel meant for IDP’s generators.

This, all, will not pity you- like the horror their environment was turn into. It has become an arena of infant and child mortality. There’s no any special provisions being made for the babies, pregnant women, and, ofcourse, lactating mothers. The continued deteriorating health conditions of this plight, quandary and muddle vulnerables is a sort of concern to every soul that still bears humanity as it’s identity.

There’s a limit to every provocative actions, that if exceeded its limit, will result to a sorry chaos. When you appointed a politician to supervise a humanitarian initiative, such will be the outcome in a disgraceful display. Satomi Ahmed can be good only at a ‘juicy’ ministry, where he can satisfy his selfish materialistic desires and that of his demon godfathers.