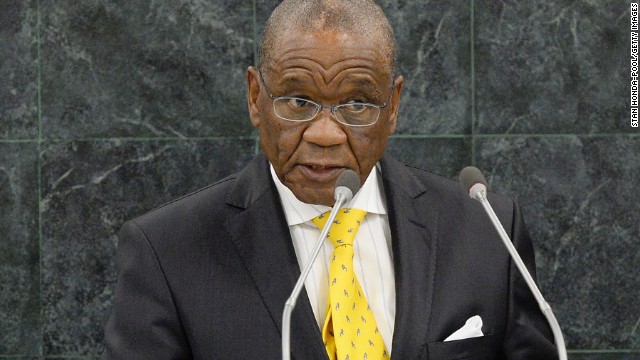 The Lesotho government is seeking the assistance of the South African government and other neighboring states, Thabane said.

The Prime Minister said that since the Lesotho military was looking for him, he decided “to get out of the way,” and fled to an unknown location.

“In my political life, it was not the first time that I saw this kind of activity by the Lesotho army,” Thabane said. A lot of effort has been made to reform the military and to “make it a normal army that is subject to the civilian authority,” according to Thabane.

He told the broadcaster he would not resign.

Thabane became Prime Minister in 2012, when he formed the kingdom’s first coalition government, according to the CIA World Factbook. Elections are next due in 2017.

Lesotho, a landlocked enclave of South Africa, has a population of nearly 2 million and covers an area slightly smaller than the U.S. state of Maryland, according to the World Factbook.