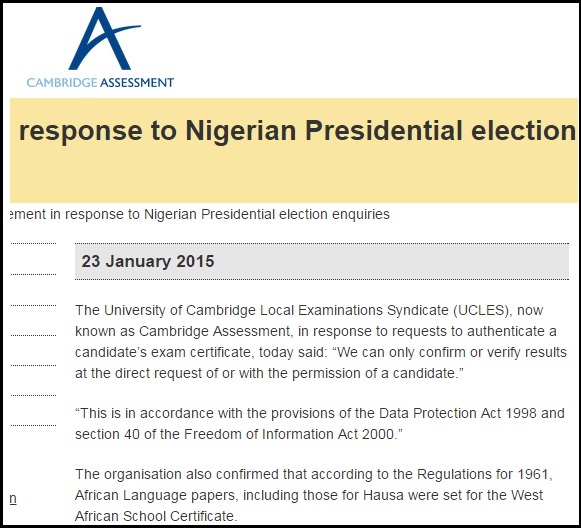 As Nigeria’s Goodluck Jonathan leadership continues to bog down the nation with insensitivity and nonsensical foolishness, Cambridge has officially addressed and confirmed in a formal notice on its website the “candidacy” of General Muhammadu Buhari, while explaining that it cannot release the results to “perhaps” tons of slightly maligned Nigerians emailing to request copies.

In the release, the institution also verified that Hausa was an evaluated course, this obviously in response to ridiculously embarrassing emails they had received from Nigerians.

The fact that Nigeria is asking for transcripts of a colonial administered exam of 1961 by a General who is more than qualified by the many standards of the INEC to contest for the February election demonstrates the state of the nation under its current desperate and clueless leadership.

We assure our readers that if the results below posted and released by General Buhari’s alma mater were fabricated, Cambridge is then allowed to and would have published and proceeded with a case against the college in Katsina for publishing falsified results. 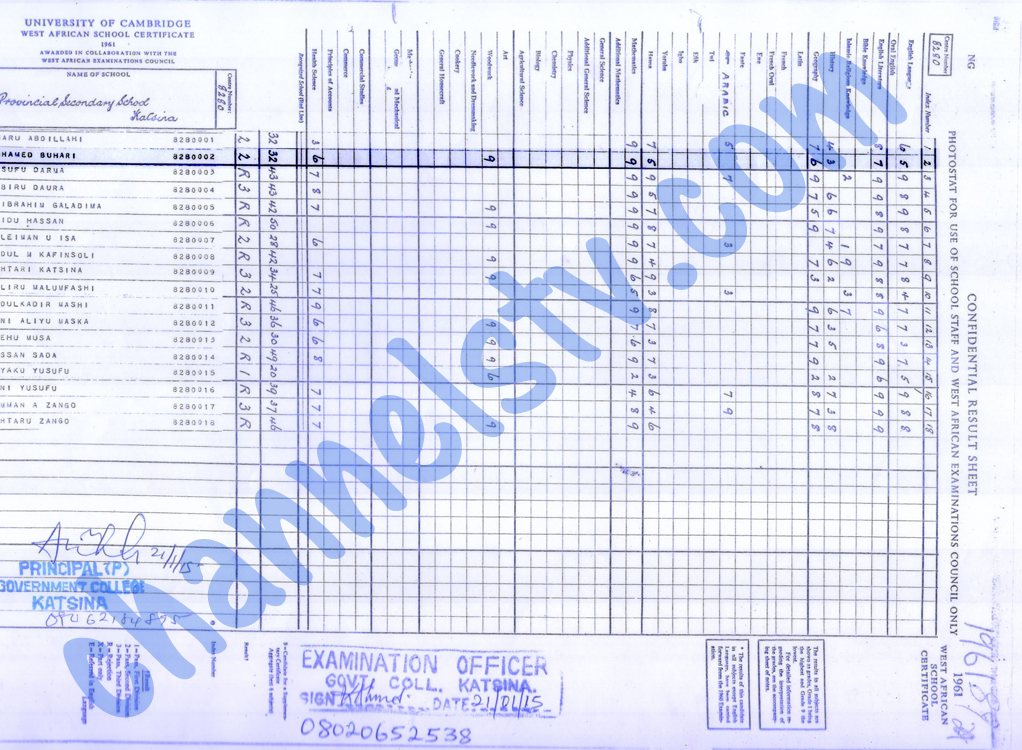 Meanwhile Gen. Babangida warned that  any attempt to politicise the military would not be in  the nation’s interest.

“It is a very dangerous thing to do,” he told The Nation in an interview in Minna.

He  said there was no way Buhari would have risen to the rank of a general in the army without possessing the basic  educational qualification.

In the interest of truth if truly pursued, the onus is on the Goodluck Jonathan government to request a transcript be sent directly to the ministry of education so it can be convinced. They won’t.