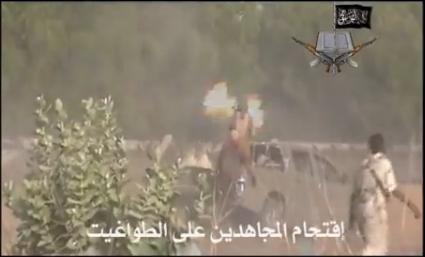 Cameroon’s state radio reported that the country’s military has killed at least 60 Boko Haram members who crossed over from Nigeria seeking refuge.

According to the national radio, the heavily-armed militants, reportedly killed in the village of Dabanga in far Northern Cameroon, crossed over from Borno State. They were then ambushed by Cameroonian soldiers, the report said.

Fonka Awah, governor of the far north region of Cameroon, said his office had received information that some Boko Haram members might be hiding in Cameroonian villages, and asked for specialized troops to be deployed.

He told the Voice of America, VOA that the military had done a good job.

“Of course yes, without mincing words, after such a situation, you reassemble the forces and map out strategies, you galvanize them and put them back into action and I think that is what we have just done,” he said.

Ebenezer Akanga, a journalist who works with Cameroon’s national broadcasting station, told VOA in a telephone interview that if the military had carried out similar attacks in the past, Boko Haram would not be using Cameroon as a safe haven.

“The opinion many people have is that from the beginning, the government seemed to have been caressing the Boko Haram, the government did not seem to have been taking this fight very seriously. This is what was expected to be done from the very word ‘go.’ In fact, if the military had this type of reaction it would have deterred the Boko Harams from crossing to Cameroonian territory,” said Akanga, adding that security forces from Cameroon and Nigeria should work together to eliminate Boko Haram from the two countries.

“The military has to adopt different strategies because it does not only suffice chasing away the Boko Haram.

“The fight needs to be taken to their backyard. Even if officially there may not be agreements authorizing the Cameroonian military to cross over into Nigerian territory, I personally think that this fight can not be won by fighting the Boko Haram only in the Cameroonian territory.

“The fight should be taken to their own camp out there in Nigeria.”

Last month, Cameroon and Chad both declared war on Boko Haram. Cameroon has since deployed 2,000 troops along its border with Nigeria.

MAIDUGURI— MORE than 100 persons were killed, yesterday, in a communal clash involving three border communities in Gwoza Local Government Council of Borno State. Members of Attagara, Aghapalwa and Gwoshe border communities were said to have taken up arms against one another. It, however, turned out to be a religious war between Christians and Muslims.

It will be recalled that no fewer than nine Christian worshippers were said to have been killed last Sunday, by Islamic militants during a Sunday service in Attagara village, leaving many others critically injured. According to reports, the youths in a spontaneous reprisal attack mobilized themselves and killed 37 of them.

However, following the reprisal attacks, sources said, some Muslim youths believed that the Christian youths killed other Muslims rather than Boko Haram members, who were responsible for the death of the nine Christian worshippers as well as the burning of churches in Attagara Village.

The Muslim youths were said to have mobilised against Christian youths, leading to the burning of the whole village and the killing of more than 100 villagers.

Ahmed Mohammed Ahmed, an elder and member of the community told journalists in Maiduguri that Boko Haram members attacked the villages at about 1 a.m for killing their members, who earlier attacked churches and communities in the area. He explained that most of the villages in Gwoza are now divided along religious lines, as Christians who are living among Muslims have fled their homes to settle in Christian-dominated areas, while Muslims who were living in areas dominated by Christians have also fled their homes for Muslim-dominated areas.