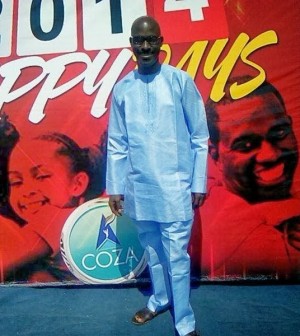 CKN is the journalist who visited Chris Okotie’s church and came back with the Queen Esther pageant story. The same guy visited Tunde Bakare’s church and said one or two things. Well, he is a journalist and he has visited COZA, a church which has become one of the most populous church names in Nigerian blogosphere as a result of alleged promiscuous activities of their senior pastor Biodun. CKN visited COZA and explains his ordeal.. kindly read below and enjoy!

COZA…The name sef sounds like one of those “short time” joints. .I mean, how will someone name his Church COZA?..COZA, if doubled, sounds coza coza (sharp sharp). But that is not the issue; COZA has been in the news of late for the wrong reasons. Just like Kris Okotie’s Household of God’s Church, a particular Pastor in the Federal Capital Territory Abuja is also hitting the headlines. His Church has become a beehive of activities, attracting all the fine babes and upwardly mobile young men in Abuja.

Commonwealth of Zion Assembly (What a name) is located right in the Central Area of Abuja.