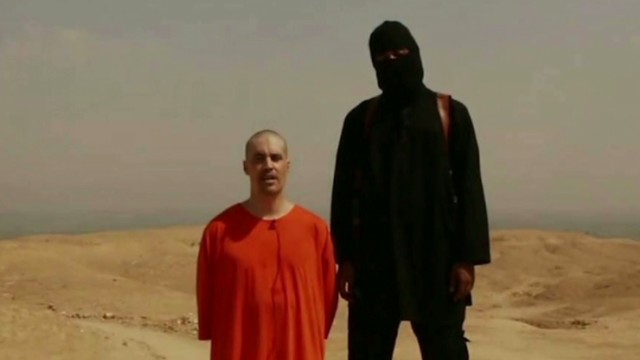 We have repeatedly reported on the failures of Nigerian media and the AFP who are eager to release and promote all types of terror propaganda video from Boko Haram, the Nigerian terror organization.

We have explained that the display of these videos and releases of all Boko Haram messages without security editing is tantamount to media terrorism and furthers the interests of the terrorists.

Global media officially did not show the Iraq ISIS beheading video. Global bodies even went ahead to block viewing of such videos as can be read in the below CNN article. It is important media material producers like AFP are advised not to release Boko Haram African terror material without reservation. Nigerian media should also demonstrate circumscription.

Editor’s note: Erin Marie Saltman is a Senior Researcher atQuilliam, a think tank formed to combat extremism in society. Saltman is an expert on political socialization and processes of radicalization, analyzing both Islamist extremist and radical right trends, addressing ways of countering extremism. She has a particular expertise in online extremism and social media usage by terrorist organizations. The views expressed in this commentary are solely the author’s.

(CNN) — The recent video depicting the final words and beheading of U.S. journalist James Wright Foley by someone that seems to be a British foreign fighter has sent shockwaves across the West.

The video has already been blocked multiple times from various video-sharing platforms, only to reappear as many times, something that once again emphasizes that the new frontline for counter-terrorist practitioners is online extremism.

Labeled as a “Message to America,” the video adds another line of fodder to ISIS’ tech-savvy and social media-driven propaganda and messaging. The scene is filmed on a high quality device with seamless editing of President Obama’s speech authorizing military action against ISIS positions, something which it argues led directly to this, ISIS’ brutal response.