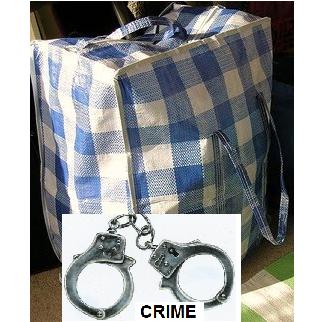 The Day is dedicated globally to raise public awareness on corruption and what people can do to fight it.

Fighting corruption is a global concern as several reports show that the menace contributes to instability and poverty, and it remains a dominant factor devastating developing countries.

Thus, Anti-Corruption Day provides a veritable oppprtunity for governments, corporate bodies and and NGOs to work together against corruption by promoting the day.

It was however surprising that, unlike many international days when series of advocacy programmes and events are organised to effectively engage the general public, Anti Corruption Day in Nigeria virtually passed unnoticed with little mention.

Corruption in Nigeria is often measured in terms of how much a government official or a big time politician has embezzled. And the hype that usually follows such discoveries in the media naturally confines our perception of corruption to stealing from the public treasury alone.

It is not uncommon for Nigerians to assume that any politician or government appointee that puts on weight is corrupt. More often than not, they erroneously conclude that present and past public officials that invest what he has made while serving in government is also corrupt, living no impression on those who stash public funds away in foreign accounts.

The days of Nuhu Ribadu at the helms of affairs at the Economic and Financial Crimes Commission, EFCC actually threw up discoveries upon discoveries of how our leaders feasted with impunity on our commonwealth, with the media giving adequate and extensive coverage. The likes of former IGP, Tafa Balogun, James Ibori, Sunday Afolabi, Lucky Igbinedion and a host of others made headlines.

This situation gave fillip to our already fixed notion that corruption is limited to those in the high places. And by extension, we measure the problem only in terms of financial misappropriation at the highest level of our society.
But when we examine what goes on at the micro level, one discovers that this level appears to be the most infested with the ‘Ebola’ of corruption and we most times ignore this fact.

For the sake of argument, let’s agree that corruption is limited only to financial impropriety. What one sees in our ordinary daily interactions are clothed with corrupt practices in this regard.

Take for instance, a chairman of a Community Development Association conniving with some of his executive members to empty the treasury of the community. The financial status of the association is not rendered to the people for years and nothing happens. Such a chairman, by our typical standard will be the first to attack the president or the state governor if any case of financial misappropriation is raised against them.

Or how do we explain a situation where a head of extended family corners the inheritance of the entire family for his personal use. Is that not corruption?

Stories abound of how various associations and organisations, both terrestrial and religious, split because of financial misappropriation on the part of their leaderships. There have also been stories of cooperative societies, thrift and credit unions and local contribution groups running into crisis after some unscrupulous members default in remitting their commitments to the bodies or the leadership diverting the contributions to other use.

Consider this: an engineer in charge of maintaining a company’s machines and other equipment is expected to ensure those assets work effectively. He is expected to advise the management on the best and cost-saving maintenance plan for the machines. But what one observes is that such personnel often design ways of short-changing the company to make money. High quotations are given for spare parts. That man that supplies diesel to power the generator sets delivers below the expected quantity in connivance with the engineer, who gets his cut at the end.

The religious institutions are not exempted from this mess. In fact it seems to be more pronounced in the House of God!

Nigerians knew, in the 80s when we had the ‘Battle of the Titans between two leading lights within the Pentecostal family. Nigerians have not forgotten how one of them eventually took sole ownership of the House of God and how the attendant court case was thwarted via ‘the silencing’ of the other two co-founders, the plaintiffs. It is also still fresh in our memory, how because of money, one of the two who was the overseer of a branch, broke away from the body of the Church and how the high-power committee that was sent to the branch to take possession of the property went missing till today!

Again, is it not corruption to discover famous ‘men of God’ involving themselves in voodoo practices and ritual killings to acquire unnatural powers in order to grow the Church or Islamic organisation? Haven’t we had instances where members have been hypnotised and commandeered to steal company money that would eventually be ‘sanctified’ for the use in the House of God?

Among the ‘future leaders’ are Students’ Union leaders who see the coffers of the organisation as goldmines. The situation is bad at this (micro) level that the mentality of people has become fixated to the notion that one cannot make it without being corrupt. And unfortunately, it is this jaundiced thinking that those from this level take to the top when the opportunity comes their way.

All the above instances illustrate how degenerated we are as a society. People at the lower cadre hide or deliberately overlook their acts of financial corruption but direct their energies at those at the top at any given opportunity.

A maxim has it that every society deserves the leader it gets. If the wish of an average family in Nigeria is that one of them should get to the top and embezzles enough money that will be more than sufficient for each and every one of them, where then will the saviour come from? Anyone who goes in there and come out clean without embezzling public fund like General Muhammadu Buhari and former Governor of Lagos State, Alhaji Lateef Jakande are looked at as un-smart and unwise in some quarters and those who go in there and empty public treasury are treasured, referred and honoured with all the chieftaincy titles available in the land, whiter do we go from here.

I am not trying to exonerate political elites here, but the point I am making is that until we all see this problem of corruption (this time, financial) as cutting across all levels of the society and fight it from that point of reasoning, we may not get the much desired headway.

On a broader perspective, the problem of corruption should be seen beyond embezzling public fund either at the macro or micro level of the society. It must also be understood from the point of view of morals. How do I mean?

If a man has no virtues, he should be seen as corrupt. If a woman does not value her chastity and becomes licentious, she should be termed a corrupt woman. When integrity, dignity and ‘good-mannerliness’ become abnormal features of a society and depravity, bribery, wickedness, impunity and other base virtues are elevated to prominence, then such a society deserves no appellation than ‘corruption extraordinaire’.

The society in which we find ourselves unfortunately deserves this appellation. And we all are in one way or the other contributors to this state of affairs. Both financial and moral corruptions dictate our daily lives.

The home front is in disarray as parents no longer serve as mirrors for their children. Some parents don’t find it shameful to purchase examination questions for their wards or to buy results! Some mothers even encourage their daughters to dress indecently. Politicians and business moguls nest around higher institutions campuses to exploit young and innocent girls. Elderly business ladies and women politicians also have small boys around them, playing the role of sugar mummys.

Staple food sellers in the market hide the bad ones underneath the good ones to deceive unsuspecting buyers. The guy selling carpets or clothing materials in measures reduces such to short-change his customers. The man in our neighbourhood running for local government chairmanship, counsellorship or House of Assembly has one mentality, to ‘eat’ his own as soon as he gets there. The bus conductor prays that passenger forgets his balance just as passenger wishes that conductor forgets the transport fare. If the conductor mistakenly skips him, he believes he is smart.

The multi-national telcos pump millions of naira into youth-corrupting contests while earmarking a few hundred thousand to academic competitions. Beauty pageants that promote nothing but vainglorious fame and immoralities where our young ladies expose their God-given priceless endowments to the world attract multi-million naira endorsements from companies, just as dancing competitions gets whooping sums. Morally upright students are denied admission and good grades while the cheats go away without penalties.

CEOs and government officials flirt around with their female subordinates with no shame. People living in ‘face-to-face’ apartments see no evil in illicit sexual relationships among one another (both married and unmarried!). Gambling and alcoholism have become signposts in virtually every nook and cranny of our society. The young and the old, men and women, married and unmarried all brazenly engage in this twin evil.

We must all understand that a corrupt life is a life devoid of God’s blessings. A corrupt society experiences the consequences of corruption. Most contemporary corrupt practices euphemistically being referred to as civilisation are a result of our deep romance with all forms of corruption at all levels. We are systematically killing the marriage institution, destroying family structure and rubbishing parenthood under the guise of feminine freedom and women liberation.

If our leaders bid farewell to financial sleaze and we the followers do same, our country will progress again.

At the same time, if we all resolve to embrace moral uprightness in our affairs, uphold justice and be fair to all creatures, it is only certain that God almighty, the Creator of all creatures will show appreciation to us for being nice to His creatures through His well deserved forgiveness and infinite mercies upon us once again.