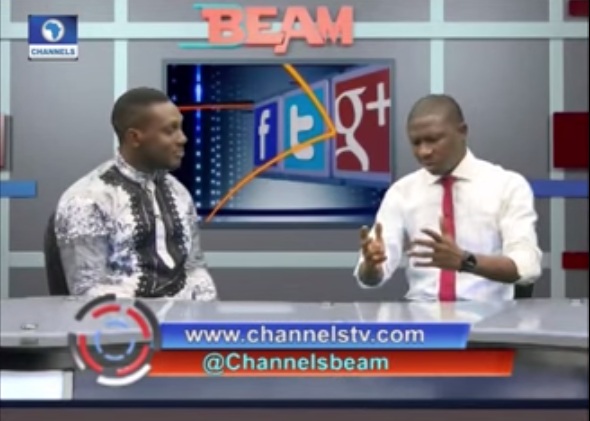 As at the close of business on Monday 5th January, 2015, the price of Brent Crude Oil stands at $50.04 per barrel. In fact, West Texas Intermediate (WTI) Crude Oil dropped below $50 a barrel for the first time since April 2009, as surging supply continues to overwhelm demand. The price of the Brent crude represent a 54.5% – 58.3% drop in crude oil prices that ranged between $110 and $120 several months preceding January 2012.

You will find this interesting, “Brent slumped 48 percent last year, the most since the 2008 financial crisis, as the Organization of Petroleum Exporting Countries resisted calls to cut output amid a battle with U.S. shale producers for market share. The 12-member group pumped above its target for a seventh straight month in December, according to a Bloomberg survey.” – Bloomberg

The climbing price of crude oil in 2011 and its attendant fraudulent subsidy payments in Nigeria, necessitated the government of His Excellency, President Goodluck Ebele Jonathan to unilaterally increase the retail price of Premium Motor Spirit (PMS) popularly called petrol from N65 to N140.

From the 3rd till the 13th day of January of that ‘subsidy’ year, citizens all over the country organised massive protests against what they saw as injustice. In fact, some aptly described the removal of the so-called subsidy on petrol as a shortcut or lazy-man approach to solving a problem that needed meticulous planning and time to resolve.

Of course, several young people, majority of whom are jobless took to the streets to make their grievances known, until soldiers were unleashed on peaceful demonstrators in Ojota, thus bringing to an end, agitation for the reversal of unnecessary hike in price of petrol.

Looking back today, one question keeps popping up. What was achieved with the protests?

One thing is certain though; there was NO logical conclusion to the debacle. The union leaders got richer; the government achieved its desire of fuel pump price increase, and the subsidy scam that necessitated its removal continued.

By the way, three years after some citizens lost their lives in that struggle, not a single fuel subsidy fraudster has been successfully prosecuted. The lawmaker that was found to have demanded and collected bribe from one of the alleged oil subsidy thieves during the probe of subsidy payments, evidence of which abound in audio and video tapes, is still gallivanting and parading his shameless-self as a ‘lawmaker’ of the Federal Republic.

Leaving these somewhat petty issues aside, it’s January 2015, where are we? How much progress have we made as a nation in the upstream and downstream sector of the petroleum industry?

We have had a three years window; enough time to build at least four new refineries for the country and permanently remove the scourge of ‘subsidy payments’ from our books. Yes, four brand new refineries would have been possible and I will explain how we could have achieved it shortly.

Nigerian billionaire and Africa’s richest man Alhaji Aliko Dangote, has committed to building a $9 billion refinery/petrochemical/fertiliser complex in Nigeria. The refinery will initially have a capacity of 400,000 bpd and is expected to be launched in 2016. Alhaji Dangote hopes to supply half of Nigeria’s demand for PMS.

The Nigerian oil industry has being plagued with crude oil theft and the government seems unable to curb it. All its effort at finding a lasting solution has also failed. Though one of the saboteurs of Nigeria crude oil production capacity was given a contract worth $103.4m in 2011 to reduce crude oil theft, yet, Nigeria continues to lose a conservative figure of 400,000 bpd. Some analysts put it at around 700,000 bpd.

Following a layman’s mathematical approach, 400,000bpd at a conservative price of $100pb (note: a barrel of crude oil was over $115 during the period under review), is a whooping sum of $40 million lost to saboteurs daily. Multiplying these by 7days gives you $280 million weekly and $1.12 billion in a month. What this reflects is that in 2012 alone, Nigeria lost $13.44 billion to crude oil theft. Adding 2013 and 2014 figures will amount to $40.32 billion deposited in the bank account of few thieves. What is more saddening, as we speak, the crude oil resources of this nation is still being stolen.

With the conservative figure of $40.32 billion frittered in the past three years alone, Nigeria would have built four types of Alhaji Dangote’s $9billion worth 400,000bpd capacity Refinery, Petrochemical and Fertilizer Plant with a change of $4 billion. By the way, we can choose to build lower capacity refineries for far less.

Rudimentary economics teaches us that a nation should only export finished goods and not raw materials. The ‘Oyinbo’ people apparently forgot to remove that from the economics textbooks they sold to us, so we know their tricks, but have we used it to our advantage? The answer is NO.

During the colonial period, the invading forces plundered our land and exported our raw materials to their country, whose finished goods is then imported back and sold to us at more exorbitant prices. Interestingly, nothing has changed. We are now in a period of neocolonialism. We sell our crude (raw material) to them, they process and produce several products such as Liquefied Petroleum Gas (LPG), Aviation Turbine Kero (ATK), Premium Motor Spirit (PMS), Automotive Gas Oil (AGO), Grease, Paraffin wax, Tar, and numerous product too many to mention. Some experts say at least, some 6,000 products are made from crude oil.

After extracting all these byproducts, foreigners then sell finished products to us at exorbitant amount.

At the moment, four refineries exist in Nigeria. It may interest you to know that Nigeria was once exporting refined petroleum products. In fact, the last refinery that was built was for the purpose of exporting petroleum products refined in the country. But alas, none of them is working at optimal capacity. They are said to function at an abysmal 25% of installed capacity.

Interestingly, even at this sub-optimal production level, we haven’t been told the retail price of what we produce locally.

Two, they have refused to tell us who consumes the locally refined products. Is it exported or sold locally? If sold locally, is it subsidized?

Three, at what price do we sell the locally refined products?

The Federal government has budgeted the sum of N815.4 million to fuel its power generating set and vehicles. Will the government purchase from our local refineries and at what price?

These are questions begging for answers.

In conclusion, I plead with the federal government not to auction off these priced refineries. It will only give more power to a select cabal that has consistently plundered the nation’s resources by buying choice asset of the federation. A case in point is the power sector, but that is a topic for another day.

If we refine our crude locally, we will sell refined products at cheaper rate. Private investors are not the answer, they are out to make profit to the detriment of the already poor citizens (Nigeria has over 111 million desperately poor people). In fact, Alhaji Dangote only agreed to invest in the refinery project because a contract assuring him of selling to Nigerians at international benchmark price was signed.

I do hope for posterity sake, the government has stopped paying subsidy in view of the falling all prices.

Since a barrel of crude sells for less than $50 today, the government has no basis for keeping the retail price of Premium Motor Spirit (PMS) at N97 per litter any longer. The price of PMS must revert to N65 with immediate effect.