As a Borno-based Pastor, Kallamu Musa-Dikwa just revealed that not actually N6  billion, but N 7 billion was being used by the Jonathan PDP ruling party to bribe and buy faithless ‘pastors’ to support the corrupt party, we have obtained documents that show that Muslim leaders and clerics are also on the list of beneficiaries that are being aggressively targeted and bribed with juicy amounts from the ruling PDP election war chest.

It has been said that upon seeing defeat imminent, her Jonathan government pushed the elections to be able to campaign by spending up to one billion US dollars to buy whoever can be sold and also set up rigging processes in the hope of winning the now slated for March 28th, presidential elections.

This as APC tells people to collect the money which is their rightful inheritance if they have to and give this money to charity and still do the right thing. 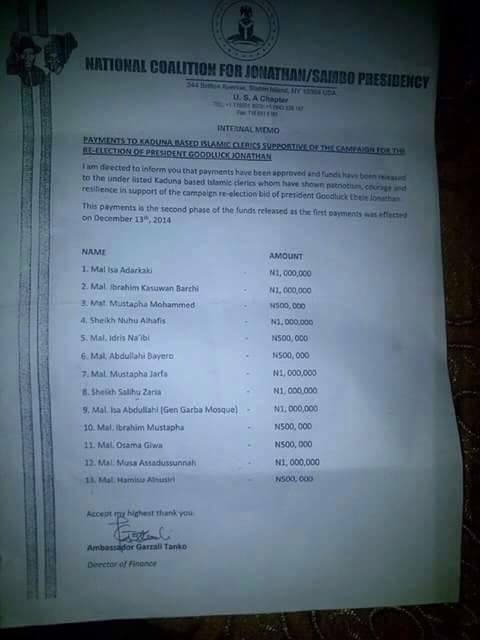