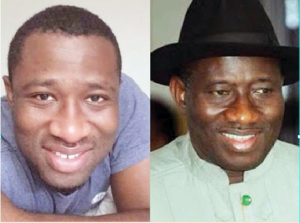 All Progressives Congress (APC) presidential candidate Muhammadu Buhari said he refused to be provoked into discussing President Jonathan’s family, health and religion because he’s preoccupied with issues affecting the country.

Buhari said yesterday morning on his Twitter handle (@ThisIsBuhari) that he is worried by Jonathan’s desperation, anger and threats, adding that elections are not wars.

“It is a tragedy to see the ruling party focus on pettiness and lies; rumours of cancer, foreign treatment, and certificates they know exist,” he said.

He said Jonathan’s “desperation is beyond my understanding.

“All of us, citizens and voters need to ask ourselves – why is our President so desperate?

“How can the President of this country be talking about remembering phone numbers and coup speeches?

“How can a President who has led this country for six years be unable to run on his own record and his achievements?” the APC flag bearer said.

He said Nigerians “should be deeply worried that a President who called for calm during governorship elections has now lost his cool in his own elections.”

He added that “our President and his allies must remember that he is not only a candidate for office; he is the President of Nigeria.”