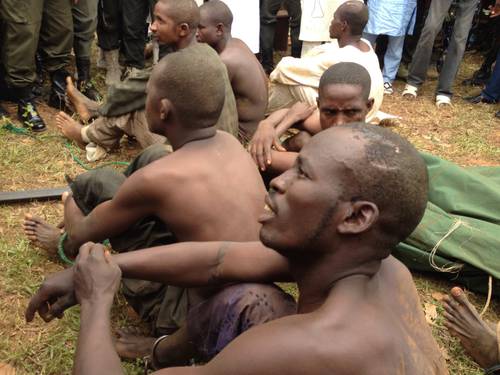 The fight against cattle rustlers in Kaduna State launched by Governor Nasir Ahmad El-Rufai recorded success in the early hours of Tuesday as soldiers killed three bandits and recovered over 2000 cows from different locations.

Nine armed bandits were captured alive by the troops and sophisticated weapons recovered in Damari and other villages in Birnin Gwari Local Government Area.

The combined military, police, and secret police operation is presently going on in other northwestern states in the dreaded Kamuku Forest, which houses bandits who rustle cattle and terrorize the local populace.

A security official presently participating in the operation said Governor El-Rufai is supervising the operation from his state while the governors of Katsina, Kebbi, Zamfara, and Niger states do the same.

Governor El-Rufai, the source added, is also engaged in security briefings that will launch similar attacks against bandits perpetrating killings in the  troubled Southern Kaduna region.

An elated El-Rufai arrived at the forest on Tuesday morning praising the troops and promised that he will do all within his reach to end attacks in Birnin Gwari and Southern Kaduna LGAs with the help of security agencies, including air surveillance by the Nigerian Air Force.