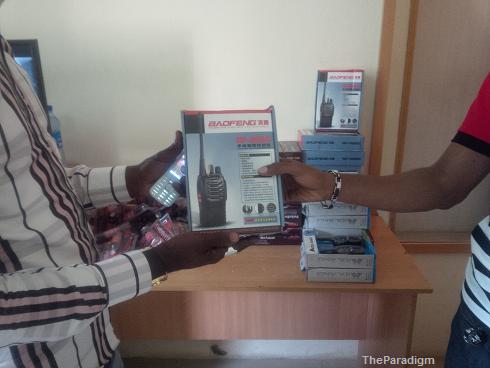 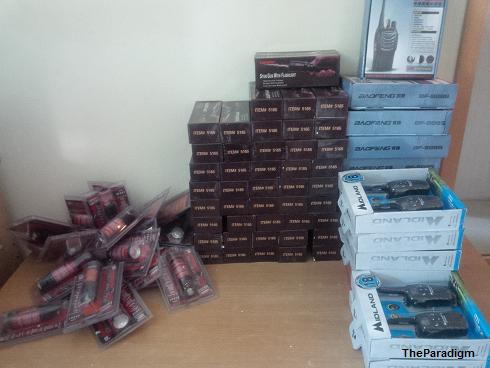 LAGOS: This Saturday, ENDS, Every Nigerian Do Something, made donations of several useful items to the Civilian JTF. Receiving the donations was Adamu Buba, the commander and overall chairman of the Civilian JTF, operational in Borno and environs. 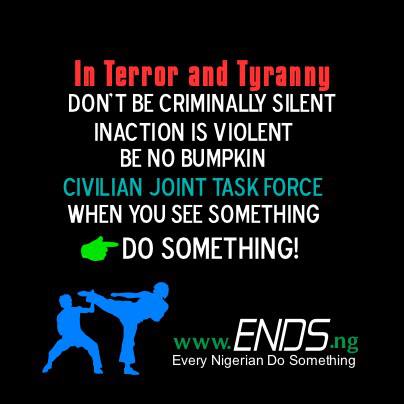 Dr. Peregrino Brimah, a founder of ENDS who had said the organization strongly believes in and promotes civilian, citizen efforts at rescuing and uplifting communities and the larger society, protecting life and securing hope and a future, is a strong supporter of the Nigerian Civilian JTF and said his organization was poised to work with the Civilian JTF and assist them with all possible contributions and in building greater support for their cause and sacrifice in the future.

On the items donated, Dr Brimah explained that the Civilian JTF use only clubs and knifes, and during stop and search, it is risky if any sudden accidental movement has to be controlled with lethal action. “Stop and search… these situations are apprehensive,” he said, “and any mistake or hiccup can lead to a mistaken stab and death of an unarmed civilian if the only tools in use are blades.” It would be safer if they can have many such Tasers to use to immobilize when searching for bombs. Also women who are involved in the stop and search may not be able to really use a blade or club to subdue the suspect; this is why we donated pepper spray and Tasers.

Dr Brimah explained that communication breakdowns had led to several incidents of loss life of Civilian JTF members, and with the limited mobile network coverage in the north, walkie-talkies were necessary; this is why the organisation is purchasing these items to donate to the valiant youth. He hopes the public can buy more of these tools and donate in cash and kind to assist the youth in their war against terror.

Receiving the donations, Adamu Buba who spoke though an interpreter was very joyous. He said the Civilian JTF had never received any such donation from anyone and that the only support they got was from local people who gave them N5000, or N1000 donations every now and then. He encouraged more people to support their difficult cause and keep up prayers for them. He said he had communicated the donation to the Sector military commander who was also appreciative.

Dr Brimah looks forward to more public assistance to be able to buy more tools and suggested raising funds to procure neighborhood alarm trumpets to alert people when there may be an impending attack. 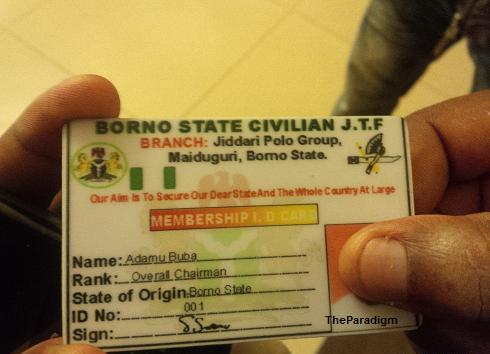 Video of interview and donation