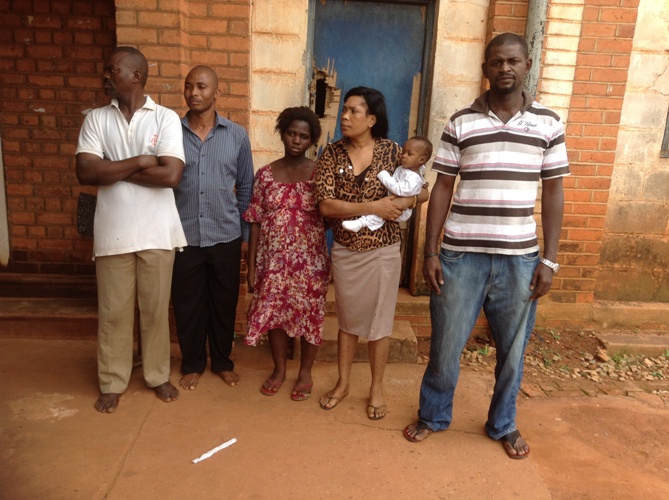 The police in Enugu State have arrested a hair dresser, her lover and two other persons over their alleged involvement in a “baby factory business”.

The hair dresser, who gave her name as Ifeoma Obike, an indigene of Oguta in Imo State, is said to have been using her shop located at No 9 Chime Avenue, Enugu, as a cover up.

DailyPost gathered that when the police stormed her residence at No 10 Mbanefo Street New Haven Enugu, where she is residing with her live-in-lover, they discovered a pregnant girl.

The victim, whose identities were given as Ujunwa Egbe, from Ituku, Awgu Local Government Area of the state was reported to have been taken into the house by the lovers, with a promise that she would be paid N100, 000 upon delivery of the baby.

The police spokesman in the state, Ebere Amaraizu who confirmed the arrest to DailyPost stated that “Ifeoma combines the now discovered lucrative business of baby factory with the saloon business.

“She was nabbed alongside someone she identified as a would-be husband, a patent medicine dealer, safe acclaimed doctor and a pregnant girl on the verge of delivery.

“Ifeoma was not known to Ujunwa Egbe, the pregnant girl who has been in her custody waiting to be delivered of a baby and to be paid off with the sum of one hundred thousand naira”.

Ujunwa had told the police that she was impregnated by someone unknowingly and had wanted to abort the pregnancy.

She was quoted as saying that when she met one Obinna Arum of Obofia Amechi Awkunanaw, for abortion related assistance, he advised her on the need to keep the baby.

The advice, according to her, came after several attempts to get the rid of the baby failed.

Amaraizu continued that “Obinna, however, linked Ujunwa to Ifeoma Obike for the purpose of being taken care of and to be giving the sum of one hundred thousand naira after delivery to enable her forfeit the baby”.

Also nabbed as a member of the group is one Chidi Meniru of Ezeagu a self acclaimed medical doctor, who runs a medical clinic known as Christ Wall Clinic at No 5b Amechi Street New Haven.

Although he denied being a member of the syndicate, he revealed that he had in the past delivered a certain girl of her baby under an agreement with the other suspects.

Ifeoma’s lover, Chibuike Obike, who said he hails from Isiukwuato in Abia State, told the police that they have four kids, though yet to be married formally.

Meanwhile, the police said full investigations have commenced on the incident.