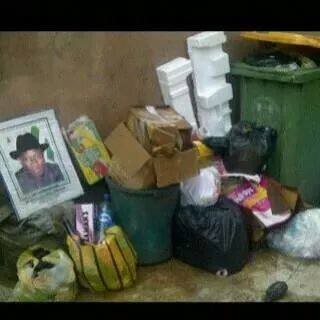 “Once upon a time, there was an unadventurous Black male, who loved to blackmail his own people. Christened Goodluck Jonathan, in the most populous African nation, he was so ineffectual that he couldn’t resolve rudimentary glitches. Consequently, the world pigeonholed him as the lucky RULER of an unlucky people who needed a LEADER. More than most rulers of his era, Jonathan had the prospect to shine, but he opted for dullness. He surrounded himself with unethical and unpatriotic characters, and lost respect from the world. Personal responsibility was alien to him, and blame-game was his ultimate pastime. So bad were conditions under his watch, that his own people mistrusted, despised, and renounced him.

While in power, Jonathan was more fascinated by his childhood tale of ‘lack of shoes,’ than using the sundry shoes he acquired as an adult for trampling the challenges faced by Nigerian children. So fortunate, Goodluck stumbled on fortunes effortlessly, but he failed to extend his personal luck beyond self, and the clique of reprobates around him. He created a vacuum in leadership, and the vagabonds of corruption, nepotism, sectionalism, and religious bigotry occupied his Motherland. He depleted the commonwealth of his people and failed to make a difference. Jonathan was never a leader! He was relegated to the inconsequential margin of history ever thereafter.”