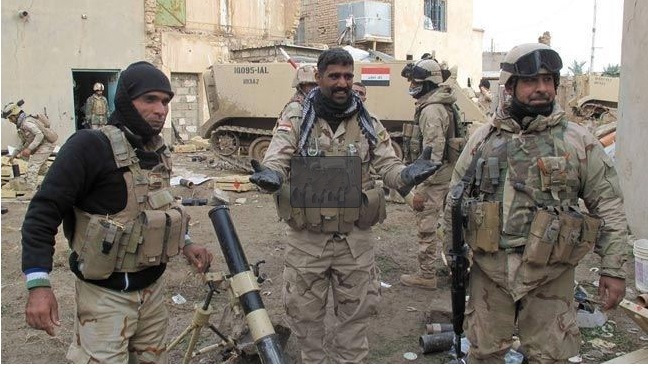 The Iraqi army, backed by thousands of tribal gunmen and volunteer forces, has retaken full control of the northern city of Tikrit from the Takfiri militants of the so-called Islamic State of Iraq and the Levant (ISIL).

This comes after government forces attacked the positions of the Takfiri militants from four different directions.

The latest development could facilitate the Iraqi army’s advance toward Baiji and Mosul.

Meanwhile, an unspecified number of militants were killed and at least 20 vehicles belonging to the terrorists destroyed during the latest round of operations near the city of Samarra.

In another development, the ISIL militants overrunning northern Iraq have kidnapped dozens of Shia civilians and destroyed several places of worship.

Human Rights Watch (HRW) says the Takfiri militants attacked two Shia villages near the city of Mosul and ordered its residents to leave their homes before taking away at least 40 men.