The radical Islamist terrorist movement, ISIS, which has been funded and armed by US, NATO and the Arab states including, Saudi Arabia, Qatar, Kuwaiti for the unsuccessful mission against Syria’s government, and which has now taken over more than half of Iraq, has its eyes ultimately set on Saudi Arabia, its chief sponsor and nearby Jordan, experts say.

As ISIS took control of a border post linking Iraq with Jordan and Saudi Arabia, the Saudi’s put their security forces on alert in anticipation of an ISIS incursion into the kingdom.

Earlier when ISIS reached as far west as Rutba, a town just 70 miles from Iraq’s borders with Jordan and Saudi Arabia, nerves started to show in the Kingdom. Saudis and ISIS supporters tweeted a hashtag translating to #ISISOnSaudiBorder tens of thousands of times within a span of a few hours on Sunday.

Since the capture of Rutba, ISIS supporters online have begun circulating maps showing the group’s proximity to Jordan and Saudi Arabia, hinting at its next likely advance into Saudi territory. 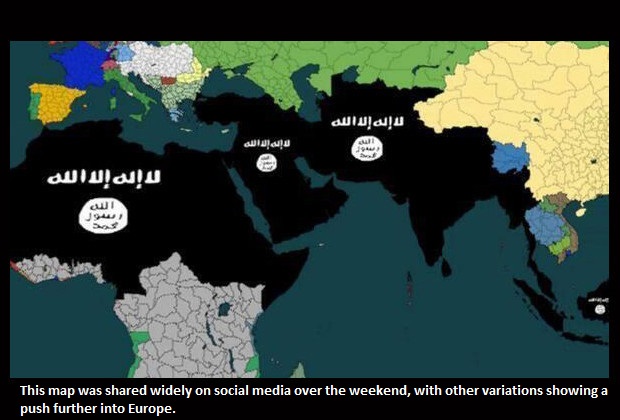 The Saudi monarchs who carelessly sponsor and support these terror groups have failed to realize that they are the worst enemies of these groups; and that these militants cannot wait to conquer the Muslim capital.