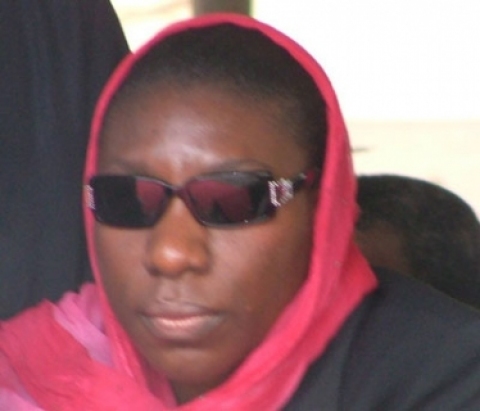 Senator Iyabo Obasanjo, daughter of former President Olusegun Obasanjo has released another bombshell. This time, it is about the operations  Boko Haram sect and the President Goodluck Jonathan’s administration.

While blaming the insurgents for betraying the true essence of revolutionaries in directing their venom against the lower class, she warned that “inner circle” members of the present administration should be investigated$

In the introductory part of the letter, she writes, “I am moved to write about the current state of affairs in Nigeria. My first inclination was to write to the President but since all letters to him seem to elicit only open derision and even more stupidity from his inner circle, I have decided to address my letter to a group also currently causing Nigerians a lot of pain and agony that may actually have more sense than the country’s leadership.”

“The fact that you have taken arms against the Nigerian state is no surprise. The question should be why haven’t more young people organised themselves against the state?

“He, like millions of Nigerian young people and college graduates, seeing a blighted future are doing anything to survive.

“They have become opportunistic desperados, almost sub?human as the stepping on and trampling on each other to death at the Immigration employment debacle indicates.

“Where I think you have gotten it wrong are in two areas, if you can pardon my giving you some unsolicited advice.

“First, your victims are becoming more and more the people you should be attracting to your side. Take the Nyanya bus massacre.

“The people that live in Nyanya are usually the clerks, messengers and other lowly office workers that live out in relative slums compared to the rest of Abuja and take public transportation to work to receive monthly salaries they barely get by on.

“Consult any written work of successful revolutionaries be it French, Russian, Cuban or even the more recent uprooting of communism in Eastern Europe, to succeed you need the people to be on your side. Right now you are not achieving this.

“You are targeting the group you need most. This does not make for a successful revolution but you are making yourselves into nuisances to the people and in the end while the state, including its military machine may not be able to conquer you, your downfall will be alienating these potential allies, i.e. the oppressed and down-trodden.

“Secondly, the abduction of girls. It must be hard to stay in the bush as all male revolutionaries fending for yourselves with no sexual gratification.

“But again, reading up on past bush revolutionaries like the Cuban, for example, indicates that they were able to convince some women to go voluntarily with them into the bush.

“Somehow, revolutionary zeal does not include sexual abstinence and cooking and cleaning by yourselves.

“Reading must be hard for you since you hate education but the past is a good guide to the future and if you can’t read, you are done for in organizing or succeeding in most endeavours as most things have been done before and reading up on how it was done can only serve as good guidance.

“The parents of the girls you abducted are just trying to give their daughters a chance at having successful lives. Without an education there is very little anyone can achieve in this early 21st century.

“I know living in the bush; it must still seem like the dark ages but the truth is that even with the lack of jobs and opportunities for young people in Nigeria currently, it is still better to be educated.

“An educated university graduate who was selling food from a food cart ignited the Arab Spring which was spread by use of the internet which is hard to use if you are not educated.

“There are writings, videos and stuff you post on the internet which I haven’t seen. But think of it, you can only post and use the internet because some of you have some education.

“But in the end you have no control over the distribution of your advertising and recruiting information because as you may know, the internet is really part of the western system you despise.

“The truth is that you have succeeded because the Nigerian state has failed to provide jobs and opportunity for its young people who you can now easily recruit. By disrupting education, you are adding to the burden of the people.

“The reasonable solution to this impasse would be for you to advocate for everyone to be able to practice their religion as they see fit with respect for each other’s beliefs.

“Remember, a couple of centuries ago, all of our ancestors below the Sahara were all animists worshipping various ‘gods.’

“This ‘One God’ — us against them situation — is a relatively recent one in our human history and you will be advised to let the originators fight it out and let your people be.”