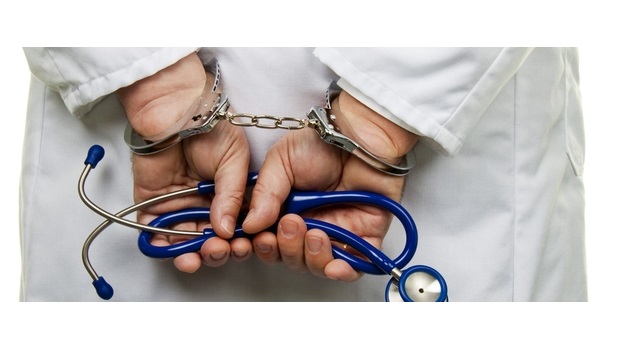 ‘Keeping Jonathan as president of Nigeria is just like keeping a fake doctor’s practice open;’ this was my recent response to a die-hard trying to defend the deplorable status quo in Nigeria. Will we keep such doctor operating in the village for fear of who will operate on and medicate our patients after he is locked in jail? This is the question we must ask ourselves.

My friend was challenging me on my recent article in which I asked if and when Jonathan will apologize to Nigeria for his numerous deadly atrocities, which most recently include – Nigeria topping the world in oil vandalism according to OilPrice.com as contained in an article in the Vanguard of Thursday, 10th July, 2014; our abducted girls being as good as dead after 3 months of ‘rape and murder’ at the hands of Boko Haram with no action from the Jonathan government; Nigeria leading the world in all terrible things including mega corruption, terror, kidnapping, high sea piracy, hopeless national security and defense and the rest, under the directionless, puerile Jonathan administration.

He poised the typical three item defense of the Jonathan administration and status quo: ‘were the girls really kidnapped? How come some girls are escaping? Some people are frustrating Jonathan’s administration… these are questions we need answered.’ I responded to him, that the more of these questions he raised the more the reasons for Jonathan’s unreserved apology and resignation. It is Jonathan after all, and his government that bears the duty to answer the questions he has, and arrest whoever if he or she does exist, that has been frustrating his government since its inception over four years ago. It is neither his nor my duty to ponder such questions or provide answers and remedies to them. The state security services paid handsomely with 25% of Nigeria’s annual budget, who are all officials, not elected, but selected by Jonathan ultimately have the sole duty of having answered these ‘questions’ and preventing these situations since four years ago. The escape of some girls as he mentioned would further be posed to the Jonathan forces who claim booby traps make it impossible for soldiers to go in to rescue the abducted girls – how did these women and children avoid having their legs blown off?  – this is yet another question he should pose to Jonathan and his men.

I further explained to him that when the other Boko Haram raised its ugly head during late Yar’Adua’s administration, to likewise ‘frustrate’ his government and did so at the same time that MEND was doing its dirty to frustrate him out of power, Yar’Adua did not romance either. He appropriately resolved the MEND crises, while terminating Boko Haram completely, killing hundreds of them and their leader. That was the end of Boko Haram 1. This new group is totally not connected to the Mohammed Yusuf group and is a challenge that Jonathan created and nurtured when ‘he bombed Abuja.’ Jonathan failed to address this group in his own words as he said them in Namibia, he used ‘kid gloves for them,’ because they were in ‘that part of the country’ and ‘he only changed the gloves because people in his part of the country were worried that it could spill to their parts,’ he further stated of his approach. This is a quack doctor, one who puts poison in the river so he can make money when the poisoned victims are brought to him. 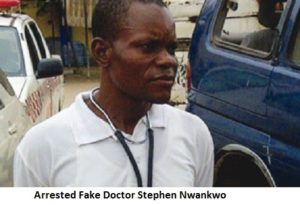 As the discussion continued, my friend commented that we the people should hold ourselves responsible and not totally blame Jonathan alone in the terror and crises in the nation. Of course I took it he did not infer we should hold ourselves responsible for the billions of dollars the Jonathan government steals that could give Nigeria ultra modern security systems that will address all our security challenges. I assumed he was just referring to the complexity of dealing with terror, which no one denies is a tough challenge. In response, I referred him to Jonathan’s refusal of our persistent demands – that is, my association, the Civilian JTF, hunters in Borno, Borno Representatives, Church leaders in Borno, and civilians from across the nation – who have since April asked simply for the right to bear arms and for us civilians to be allowed and supported by the military to swarm Sambisa and all other neighboring forests to expunge Boko Haram once and for all and rescue all abducted victims from the four years passed. I underlined that this approach was what worked in the 80’s black decade of identical terror in neighboring Algeria, and was what the Iraq Prime Minister, Nouri al-Maliki had immediately applied to check the advance of ISIS, arming over 2 million civilian volunteers who have been the essential force checking ISIS terror and protecting Iraq. I let him know that the only logical explanation for the ‘fake doctor’ Jonathan refusing this solution to the terror was the profiting of his office and the top chiefs of defense and army staff who were swallowing billions from the 25% budgetary allocation to (non)defense. The terror status quo is clearly profiting them.

He responded that this was not exactly so, and if civilians were armed to defend themselves, they will later become killers. I then asked him why a registered killer, Government Tompolo was given billions to arm himself and other terrorists to ‘defend’ the pipe lines and oil installations in the Niger Delta, a job he had done so ‘well’ that Nigeria was now the most oil looted nation in the world as aforementioned. I asked him why guns civilians used to use to defend themselves were seized from them when the military first went to Borno, yet Boko Haram was systematically given Nigerian military tanks, APC’s and weapons to use to decimate the civilians of the north. Is the Jonathan government’s plan, to arm terrorists and disarm civilians to be left as sitting ducks to be annihilated?

While I wait for his next reply to our email conversation, I submit this discourse to the public court for your opinions and contributions. Do you as I do, believe Jonathan, the quack doctor, should be sent to the Hague for his dastardly atrocities to our nation; for the dead, dying, maimed and the millions without a future; for the immigration youth employment scandal, the poisoning of the Niger Delta land and waterways and the institutionalization of corruption among numerous atrocities he delivers as he focuses on looting the nation blind, leaving us in a state worse than any in our 53 year history? Or do you believe the quack doctor should be left to keep performing surgeries on our children?