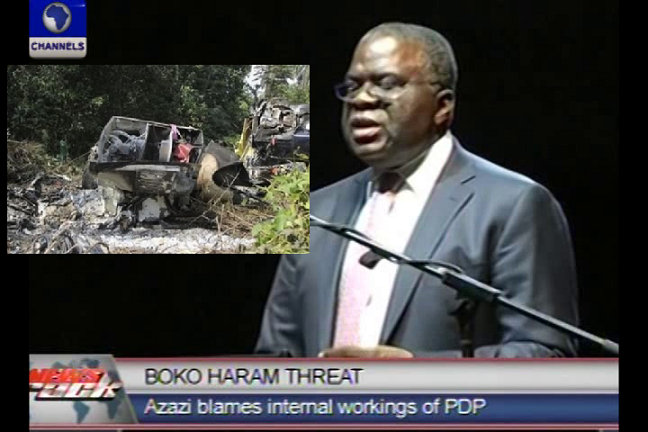 The All Progressives Congress (APC) has called for an international inquiry into the activities of the terror group Boko Haram in order to unravel its modus operandi and sponsors as well as any individual or group that may have links with the insurgents, with a view to ending, once and for all, the debate over who is behind the insurgency and also to facilitate efforts to tackle it decisively

In a statement issued in Lagos on Sunday by its National Publicity Secretary, Alhaji Lai Mohammed, the party said the inquiry should include intelligence experts from the US, UK, France and Canada, as well as representatives of the UN and Nigeria’s neighbours Cameroon, Chad and Niger.

It also said that representatives of the Nigerian military and other security agencies, especially the police and the Departments of State Security, Governments of the states worst-hit by the Boko Haram insurgency, including Adamawa, Borno, Yobe, Kano, Bauchi and Jigawa, the Federal Capital Territory, the Christian Association of Nigeria, the Supreme Council for Islamic Affairs, Civil Society Organisations, the Nigeria Labour Congress, the Trade Union Congress, National Human Rights Commission, the Nigerian Bar Association and any other relevant individuals or groups.

APC said major political parties, including the Peoples Democratic Party and the All Progressives Congress, must be represented on the panel of inquiry, whose findings must be made public and those found to have any links with the insurgents be made to face the full wrath of the law.

”We hope the PDP-led federal government, which has led the incessant but baseless campaign to point accusing fingers at the opposition, especially our party the APC, will give its total support to the immediate constitution of this international panel of inquiry. We have no doubt that the international community will give its unalloyed support to this inquiry, in view of the trans-national nature of the insurgency and the threat posed by terrorism to global peace and security,” the party said. 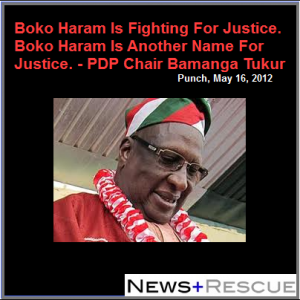 APC added: ”On our part, we pledge our total support for this inquiry anytime it is launched, but hopefully very soon. Our party, which is barely one year old, has been at the receiving end of diversionary, carefully-choreographed and blatantly irresponsible point-blank accusations as well as insinuations of sponsoring Boko Haram, not minding that the group’s activities date as far back as 2002 when there was no APC.These accusations and insinuations have become so virulent and have indeed reached a level where one begins to wonder whether those behind the finger-pointing are actually trying to divert attention from their own culpability and whether they have even more sinister motives for their finger-pointing.

”Enough is enough. The daily killing, maiming and abduction of innocent Nigerians, as a clueless Federal Government looks on, must end. The pervasive insecurity that has crippled Nigeria since this insurgency started must be halted. Those behind it must be unraveled and prosecuted. Let the inquiry begin!’