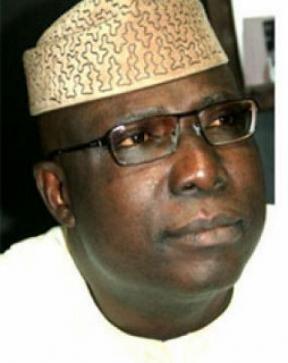 Senator Babafemi Ojudu, who represents Ekiti Central zone, may have uncovered a serious fraud in this year’s budget.

At Tuesday’s sitting of the Senate, Mr. Ojudu explained to his colleagues that he compared the 2014 budget with those of 2012 and 2013 only to discover that there was no marked difference between the 2014 budget and the two previous budgets.

He accused the Budget Office of the Federal Ministry of Finance of copying the two previous budgets word for word without making any alteration. He said there was no creativity in the budgeting process, adding that the process goes on year in year out without any thinking going into it.
Recalling the times when Nigeria used to have meaningful development plans, Senator Ojudu stated that the country’s budget was no longer targeted at solving the problems of Nigeria, but merely serves as a ruse to line the pockets of government officials.
According to him, Nigeria stopped having development plans in 1986. Since then, he argued, the country’s budget has emphasized recurrent expenditures which are easy to release and manipulate for personal purposes by civil servants.

Mr. Ojudu cited the example of the budgetary allocation for computer software, which is at N10 billion. He added that all ministries, departments and agencies of the Federal Government have allocations for computer software acquisition to the tune of at least N10 million, with the highest allocation of N580 million for the Office of the Secretary to the Government of the Federation. The allocations, he indicated, are no different from those of 2012 and 2013.

“These are not universities or research agencies. What are they researching? It is this wasteful budgeting that has shot up the recurrent expenditure to 75%. It is incumbent on us as lawmakers, if we are truly for the people, to remove all avenues of waste from this year’s budget. If we fail to do so, we would not have justified the reason for [their] electing us into the Senate,” Mr. Ojudu argued.

Many Nigerians have criticized the 2014 budget since it was unfurled to the public. Despite the widespread condemnation that continues to greet the budget, the Goodluck Jonathan administration remains adamantly committed to it, with the president urging the National Assembly to ensure its speedy passage.