The Movement for the Emancipation for the Niger Delta (MEND) has claimed responsibility for the armed attack on the oil facilities belonging to the Shell Petroleum Development Company (SPDC) and the Nigerian Agip Oil Company (NAOC) in Delta and Bayelsa State. 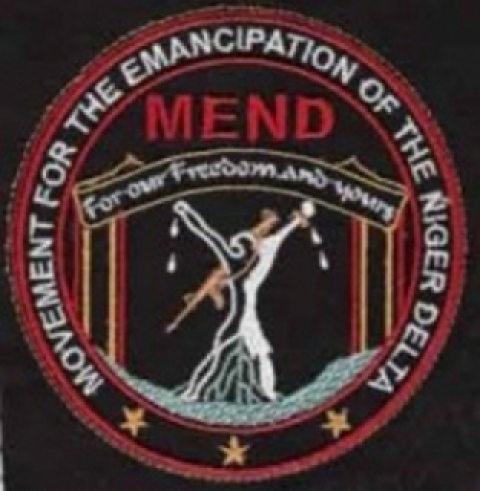 A statement issued today by MEND’s spokesman, Gbomo Jomo,  said the attack today on the Shell Forcados Sub-C Pipeline was carried out by scuba divers attached to the group, adding that last week’s attack on the Agip crude oil and gas pipelines in Ikarama Oil Fields was carried out by their armed men.

The MEND statement reads in part “at about 0300Hrs today Thursday, March 27, 2014, scuba divers from the Movement for the Emancipation of the Niger Delta (MEND) revisited the Shell Forcados Sub-C pipeline in the Western Delta which we had sabotaged earlier on Saturday, March 01, 2014.”

“We were successful in causing further damage to the on-going repair works, inflicting the heaviest toll ever on the oil industry since the commencement of ‘Hurricane Exodus’.The Movement for the Emancipation of the Niger Delta (MEND) also takes responsibility for the Thursday, March 20, 2014 attack on the Agip crude oil and gas pipelines in Ikarama Oil Fields located in Bayelsa State.”

It would be recalled that an Enviromental group, the Environmental Rights Action/Friends of Earth Nigeria (ERA/FoEN), had raised alarm over a major spill which occurred on two different pipelines within the oil field operated by Agip in Ikarama community in  Bayelsa State.

The report signed by Mr Alagoa Morris, Head of Field Operations in ERA/FoEN’s Bayelsa office noted that the oil thieves had excavated the earth to expose the pipelines which they abandoned after their illicit act. According to ERA/FoEN,  the spill was reported to it by members of the community and it dispatched its field monitors to the spill location.