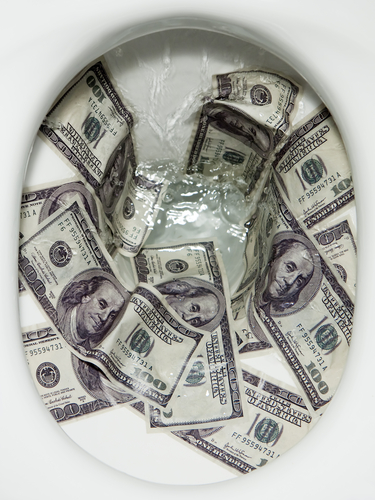 By EMMA UJAH, Abuja Bureau Chief
The Federal Gov-ernment is to spend N968 billion or one qauarter of its 2014 budget, estimated at N4.964 trillion to fight against the Boko Haram insurgency in the country, according to the provisions of the budget signed into law by President Goodluck Jonathan,Wednesday but made public yesterday.

Altogether, about N10. 88 trillion has been estimated as revenue accruing to the three tiers of government within the same period.

The Coordinating Minister for the Economy and Minister of Finance , Dr. Ngozi Okonjo-Iweala made this known while briefing newsmen in Abuja, yesterday, hence, the fiscal deficit of the Federal Government budget would be about N1.2 trillion or two per cent of the old Gross Domestic Product, GDP before the rebasing exercise.

Non-debt recurrent took the lion share of the budget with a total of N2.455 trillion, while N712 billion was earmarked for debt servicing.

Capital was left with N1.119 trillion, while N408. 69 billion would go into statutory transfers.
According to the minister, the National Assembly padded the executive budget with N53 billion which she said was spread across several sectors’ capital and recurrent expenditure.

Crude oil production target has been put at 2.38 million barrels per day, also an indication of a reduction in estimate when compared with last year’s figure of 2.5 million bpd.
The Naira exchange rate was retained at N160= $1 as was the case last year. The GDP growth rate was equally retained at 6.75 percent.

Okonjo-Iweala said that the Jonathan administration placed premium on security, especially at a time the nation was battling terrorists adding that, as such one-quarter of the entire 2014 budget has been allocated to the security sector which includes the military, police and other security outfits in the country.

“We are in close touch with the defence sector. I have just finished talking not long ago with the Chief of Defence Staff and others. We have to be very supportive of our men and women in uniform because they are laying down their lives for us and they are involved in a very difficult endeavour; the war on terror which we have never had before, so we want to be very supportive of them. In that light, I think the defence spending is treated expeditiously.

Apparently referring to the statement credited to the military that they were not properly funded in the face of the insecurity brought about by the Boko Haram war, the Minister further said, ‘’I do not think that the Nigerian Army or Air Force is different from any other one we know of in the world. No amount of budget can be enough.

’’This year, we have disbursed to them the money they needed. We have disbursed N130.7 billion of which N85.9 b is for personnel cost. All their salaries and payments are made as at when due. There are other requirements that required extra funds.

The Joint Task Force Special Assignement and sometimes the requirements come from Mr. President’s contingency fund and we have to scramble to meet that. So we have really worked hard and we really need to be supportive of them.’’

She further said that the Federal Government would borrow money to fund the deficit but that the administration would maintain its stance on reducing domestic debts. According to her, the government planned to borrow about N 571 billion, originally before the new N53 billion addition by the National Assembly.