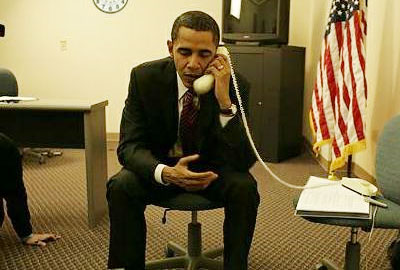 US President Barack Obama spoke to Nigerian President-elect Muhammadu Buhari and outgoing leader Goodluck Jonathan on Wednesday, praising both for their role in the country’s first democratic transfer of power.

Obama spoke to the men separately to “commend them for their leadership during Nigeria’s election,” the White House said.

Obama’s administration has lavished praise on Buhari and Jonathan following an election in Africa’s most populous country and its largest economy.

Nigeria has suffered six military coups since independence from Britain in 1960 and has seen 16 years of unbroken civilian rule by Jonathan’s party.