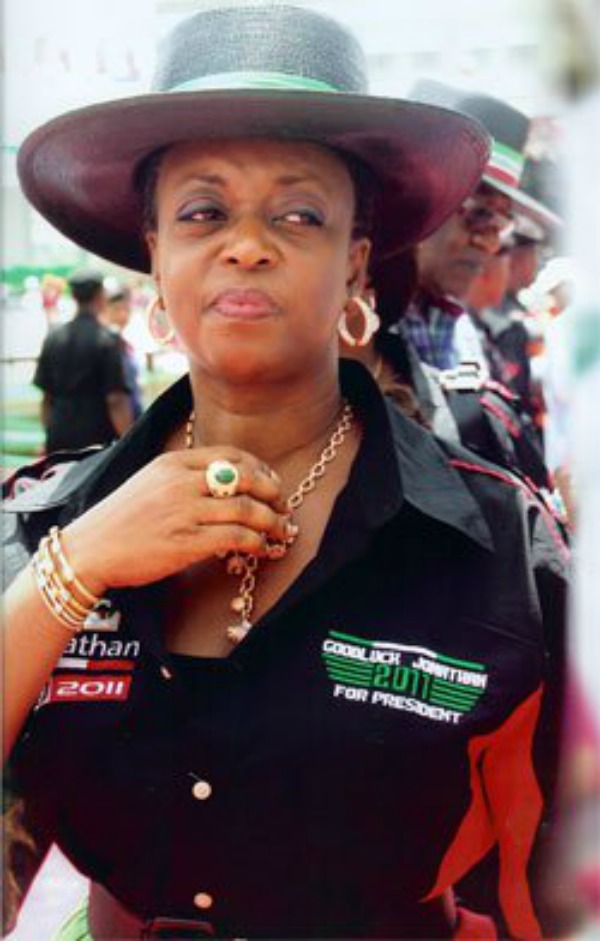 Oil Theft Is Another Form Of Terrorism

The Minister of Petroleum Resources, Mrs. Diezani Alison-Madueke, has declared that the incidence of oil theft and its global support system represents another face of terrorism.She argued that the development remained a clog in the wheel of the nation’s high economic growth trajectory.Alison-Madueke stated this in London recently while delivering the Keynote at the Powerlist 2014, where she was also listed as one of the 25 Africans that are transforming the continent.

In the presentation titled: “The Strengths and Obligations of the African Diaspora,” the minister explained that the ugly episode of oil theft has continued to thwart efforts on sustained economic growth because the effect of the oil theft scourge reverberates across the entire spectrum of the Nigerian economy.

“The grave phenomenon of oil theft and its global support system represents another face of terrorism counteracting our efforts at sustaining the trajectory of our high-growth economy, the stability of our society, and the enhancement and wellbeing of our people,’’ Alison-Madueke said.She noted that effort at combating the menace locally is made more complicated because of the international slant to the crime.

“Theft of this magnitude is not only highly technical, but it is also an international-level crime. It is aided and abetted by syndicates outside of Africa who are the patrons and merchant-partners of the oil thieves. This crime against Nigeria must be resisted, as we simultaneously deploy in-country resources to fight this menace,’’ she added.

The minister therefore, called on the global community to advocate strongly against crude oil theft.“It perpetuates criminality, defrauds economies and discourages investment. This is a crime that threatens not only Nigeria’s oil and gas sector, but also threatens the security of the Gulf of Guinea, and by extension threatens the global economic order,’’ she argued.

Despite the scourge of crude theft, Alison-Madueke enthused that the Nigerian Oil and Gas industry has been placed on the path of growth and irreversible progress engendered by the transformation footprints of the President Goodluck Jonathan administration.

“The Nigerian Content Act, signed into law in 2010 by President Jonathan, vigorously advocates for indigenous participation, job creation and in-country capacity development and has nurtured leading edge indigenous companies capable of competing with the traditional multinationals. The very topical Petroleum Industry Bill (PIB) is a historic piece of legislation designed to effect extensive and much needed legal, regulatory, financial and environmental reform to Nigeria’s oil and gas industry,’’ she said.

Organised by the UK-based, Power List Magazine, the Power List programme seeks to honour extraordinary achievers of African and Caribbean descent, who have overcome barriers, broken boundaries, and have excelled whilst operating in the difficult dynamics mostly in sometime foreign land