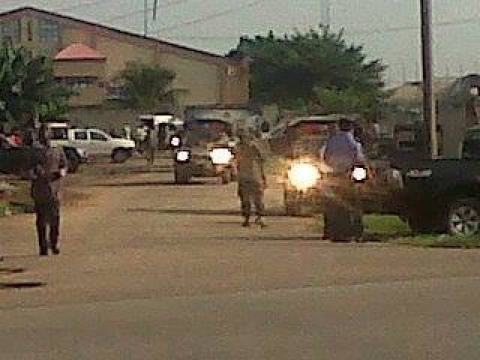 The Police in Imo state have arrested six suspects over the discovery of two Improvised Explosive Devices in a church in Owerri, the state capital, Commissioner of Police, Abdumajid Ali, has said.

Worshippers at the Port Harcourt Road branch of Winners Chapel were full of thanks to God for sparing their lives after the police detected the explosives and detonated them.

A worshipper, Onumara Onyekachi, told PREMIUM TIMES, “I was about getting ready for the second service when a friend posted this “Breaking News!!!!!! Police Anti Bomb squad has just detonated two bomb explosives planted at Winner Chapel PH road Owerri”

“I made a few calls and confirmed that it was true.”

The police believe the explosives were planted on Saturday night and timed to explode after worshippers had gathered for worship on Sunday.