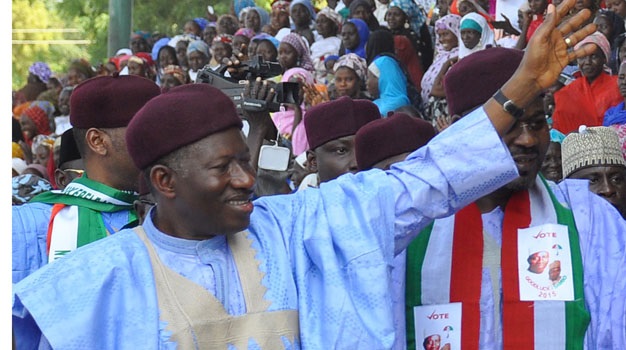 A poll being conducted by PremiumTimes on their website has given opposition candidate Muhammadu Buhari a lead of 7220 over incumbent president Goodluck Jonathan’s 732 expectation to win the March 28th elections.

The 10xs lead is a higher margin than the previous rates in february before the elections were postponed. it appears that the postponement inspite of the ruling party investing billions of dollars, has actually favored the Buhari/Osinbajo team.

Meanwhile an independent poll conducted by us has found that most Nigerians will not like a Goodluck Jonathan to run their business. The poll was conducted to sample the opinions and regard for the president of Nigerians outside the typical governorship equation. Nigerians overwhelmingly (95%) responded and commented that they will never leave their school or other business to Jonathan, a zoologist to run. Ugo said, “Jonathan is incompetent and he represents failure. He is dubious and cannot be trusted.” The results are below: 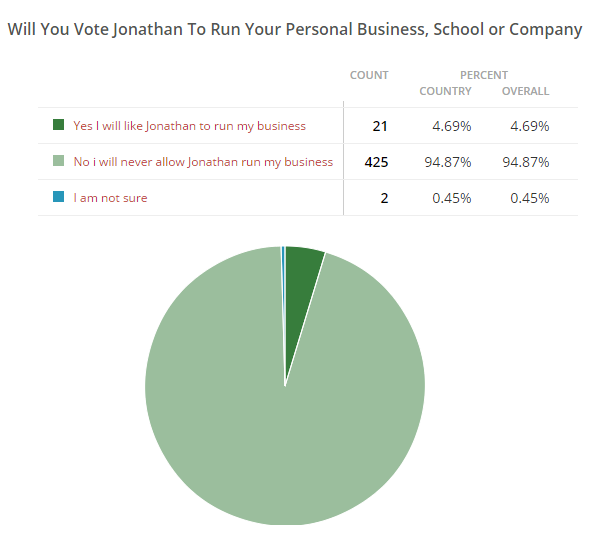