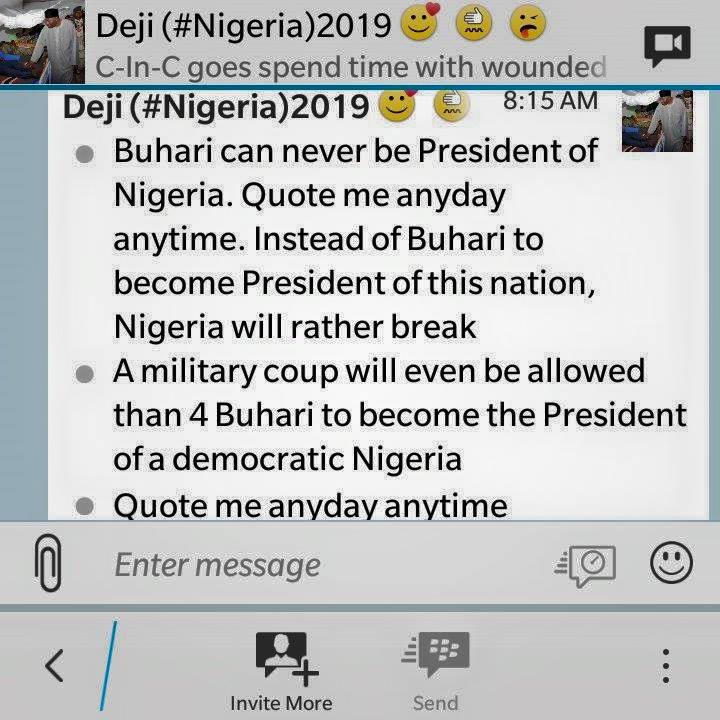 by IG Wala on fB 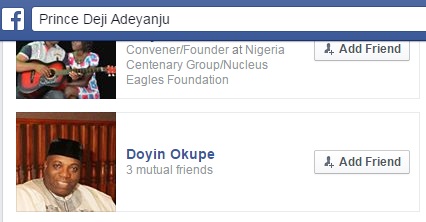 This Is Very Important To The Authorities, Act Now Or Confirm Your Complicity

Deji Adeyanju is working directly under Doyin Okupe and we all know who Doyin is to the President. He is the Spokesperson of President Goodluck Jonathan, our very President that issued License to 2 Militants that supplied arms under their personal company. Deji made a tweets and linked it with Doyin Okupe’s twitter handle revealing a hidden plot against GEJ’s failure in the February elections. Emphasizing that Military will take over if General Buhari wins the forth coming elections.

Where is the Minister of Police Affairs that made it open that he will arrest anyone found making inciting statement capable of undermining the existence of Nigeria?

COULD THIS BE THE REASONS WHY TOP GOVERNMENT OFFICIALS ARE SENDING THEIR FAMILIES ABROAD AND ALLOW THE MASSES TO BE TRAPPED IN THEIR PLOT?

Attached is the BBM chat message