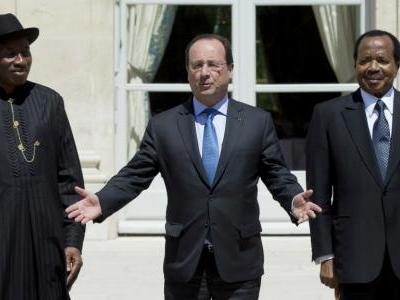 Following the capture of eight French nationals who are members of the terror group Boko Haram, a diplomatic spat has ensued between France and Cameroun, which has insisted on trying the terror suspects.

A top Nigerian intelligence source opened up to THISDAY on the brewing diplomatic tensions between France and one of her Francophone allies in the sub-region following the shocking discovery that some French citizens are staunch members of the sect, a throwback to their membership of the terror group, Islamic State in Iraq and Syria (ISIS).

According to findings, France was reported to have chided her former colony for insisting on trying the terrorists in Cameroun instead of handing them over to the French authorities.

Enraged by the audacity of Cameroun to hold its citizens, the French Foreign Minister, Mr. Lauren Fabuci, was alleged to have ordered that the suspects be handed over to the European country with immediate effect.

However, Camerounian authorities were said to have felt slighted and have protested the manner in which France had demanded the release of its nationals.

A Camerounian minister was quoted to have said: “Mr. Lauren Fabuci, the French Foreign Minister, has ordered Cameroun to release immediately eight Europeans captured by our security men, for being part of Boko Haram terrorists.

“Mr. Fabuci demanded their immediate handover to France so that they can prosecute the terrorists on French soil, ignoring our sovereignty and independence.

“The French are acting as if Cameroun is their errand boy that they can order around and ignore the fact that we have our own laws with which we can try the terrorists.”

The latest revelation has lent credence to strong suspicions in the Nigerian intelligence community that Boko Haram has strong foreign backing.

When contacted on the discovery of French nationals who had joined the terror sect, the Director of Defence Information, Major-General Chris Olukolade, said it was a matter for the parties involved to sort themselves out.

“All I can tell you is that the matter is for Camerounian and French authorities to settle,” Olukolade stated.
However, a top military officer said the Nigerian intelligence community had previously warned of a growing foreign collaboration with Boko Haram.

He said other than Chadians, Boko Haram has a large presence of Arabs, Malians and other Islamists who have joined the sect.

“Now we have seen evidence of French and European participation. This is one major indication that Boko Haram has very active and sophisticated foreign backing. I advise that the African Union should take this up.

“France is trying to silence the Camerounians but Africa must rise to the occasion and take this findings seriously. They must not keep quiet,” the military source said.