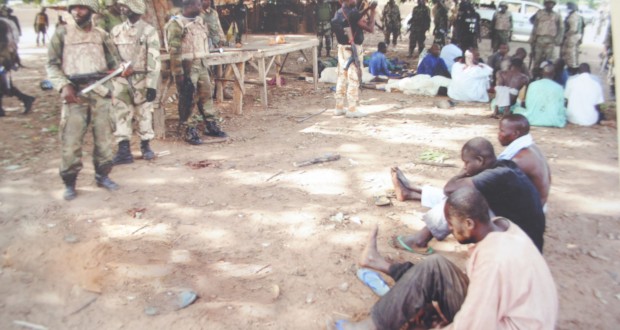 Nigerians, especially those in the northeast, do not heave any sigh of relief that the dreaded Boko Haram has been heavily bombarded by the Nigerian armed forces.

The recent victory the armed forces is claiming suspect. It leaves lot of unanswered questions rather than what the government would have us believe.

In my opinion the federal and state government of Borno knew all along where this camp was but where waiting for an other from somebody or group to give them a go.

Secondly, has anybody ever asked why is it that the federal and states governments, with all the security apparatus at their disposal just happen to discover a camp of the insurgents parked with over seven hundred vehicles? Or they want to tell us the camp was underground. Are they saying nobody knows how this vehicles got there and camped there? If that’s their submission trying parking two hundred vehicles and see the space you will occupy!

Also, have you wondered why we were never given news of the capture of any of the insurgents’ commanders or leaders?

I hope we didn’t just stepped into the eye of the storm of this insurrection.

And, most importantly, whatever agreement that may have been reached for the insurgents to give up a camp so easily, I hope it does last for an infinitesimal time.