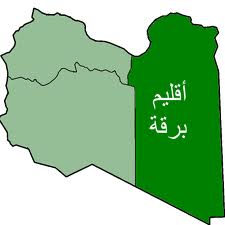 TRIPOLI, Libya — TRIPOLI, Libya (AP) — The leaders of a movement for self-rule in oil-rich eastern Libyan unilaterally announced Thursday the formation of a shadow government, the latest challenge to the weakened central authority.

The announcement came several months after the movement, backed by some militias and local tribes, declared the eastern half of Libya to be an autonomous state, named Barqa, claiming broad self-rule powers and control over resources.

The central government in Tripoli had rejected the declaration. It had no immediate comments on Thursday.

Advocates of the self-rule in the east, who long has complained about discrimination by the government in the capital Tripoli, have been pushing for the reviving the system maintained under King Idris in 1951. Libya then was divided into three states, with Cyrenaica — or Barqa, as it was called in Arabic — encompassing the eastern half of the country.

Opponents fear a declaration of autonomy could be the first step toward the outright division of the country, particularly with the turmoil that struck in the aftermath of the fall of longtime dictator Moammar Gadhafi.