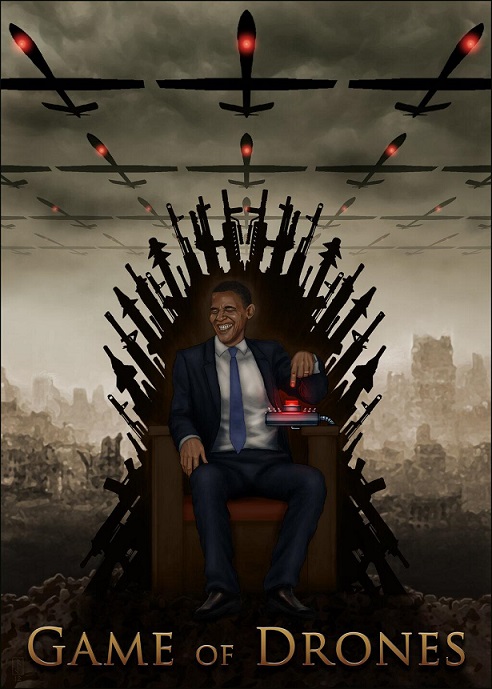 US officials responsible for carrying out drone strikes may have to stand trial for war crimes, says a report by Amnesty International, which lists civilian casualties in the attacks in Pakistan. Human Rights Watch has issued similar report on Yemen.

The Amnesty International report is based on the investigation of the nine out of 45 drone strikes reported between January 2012 and August 2013 in North Waziristan, the area where the US drone campaign is most intensive. The research is centered on one particular case – that of 68-year-old Mamana Bibi, who was killed by a US drone last October while she was picking vegetables with her grandchildren.

The report, titled, “Will I be next?” cites the woman’s eight-year-old granddaughter, Nabeela, who was near when the attack occurred, but miraculously survived.

“First it whistled then I heard a “dhummm,” Nabeela says. “The first hit us and the second my cousin.”

The report also recounts an incident from July 2012, when 18 laborers, including a 14-year-old, were killed in the village of Zowi Sidgi. The men gathered after work in a tent to have a rest when the first missile hit. The second struck those who tried to help the injured.

“Amnesty International is seriously concerned that these and other strikes have resulted in unlawful killings that may constitute extrajudicial executions or war crimes,” the report reads.

Amnesty’s main point is the need for transparency and accountability, something the US has so far been reluctant to offer.

“The US must explain why these people have been killed – people who are clearly civilians. It must provide justice to these people, compensation and it must investigate those responsible for those killings,” Mustafa Qadri, the Amnesty researcher who wrote the report, says.