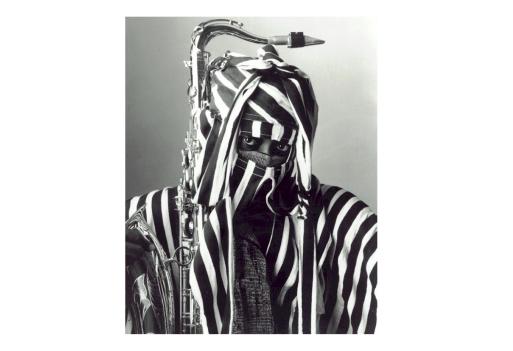 There is no endangered species that has to prove himself over and over again like black men. He could be a Pope, a President or a King the challenges are more frequent than any other species. Women are not too far behind but they have moved faster outside Africa than black men have. Black men are always reminded of what it was as slaves inside or outside Africa and how far they have come since.

Even then many black men have managed to excel against all odds. There are people of goodwill in this world that have lent a helping hand and young men and women in this generation have shunned the idiocracy of their parents. As they get older and start the competition of life, their attitudes, like the hippies of yesterday that rule today change.

If African men become so complacent in Africa letting most opportunities to develop countries, women, children and themselves fizzle away, how can black men in Diaspora be credited with their hard labor? Black men led the fight for civil rights and rebelled against injustice, slavery and fought for economic empowerment, including rainbow of colors. Hundreds of years later, they are still struggling to catch up with those they led.

There is no way African men can escape most of the blame. Give them a few millions or billions in any currency and watch how they filter it away denying the next generation of children the legacy of hard work and consolidation in seed investments and profit. If you do not feel ashamed, look at the luxuries African men control and the starving children we neglected or abandoned begging for help on televisions all over the world.

Black women have always been black men’s greatest supporters in needs or in riches. As more black and white women gained from the leadership of black men that led the revolution for economic justice and oppression, some have abandoned their brothers. Some opportunistic black men even use this as excuse to prefer white women more sympathetic to their anger than black women that would rather “call his friend”, police.

Whatever we sow, we shall reap. The rate young men are jobless in African communities these days are very scary. Some are going without working experience throughout their formative years as a man that is supposed to guide and protect their families. While the girls are more serious and even more ambitious as demonstrated by their numbers in undergraduate, graduate and professional schools; boys are lagging behind.

It is a worldwide occurrence but with a devastating blow in African communities. As a result, there are more women gainfully employed and making more money. We have to be careful here because men still retain the best paying jobs at the high ends, even when women are just as qualified.

Since when, have Africans disavowed themselves as their brothers keepers? While many bothers do help a brother because they remember the sacrifice of those before them, other Africans shun the circumstances of their own brothers and sisters.

There are two classes of black men that have no mercies for their fellow people: those that worked hard thinking if others just worked as hard as they did, could make it; and those loafers that stumbled on booty teaching how to make it the old fashion way. We cannot blame those that work twice as hard to make it so much because they really believe in what they say. The other ones are hypocrites looking for more meat to steal.

Ajao’s legacy in Lagos Nigeria amongst the old fashion way, is popularly known as that of a man that came from the outskirts, worked hard before becoming one of the biggest landlords of his generation. You would not expect someone with that much honesty to preach anything but hard way to riches. Time has changed since his generation because physical labor has been replaced with brain power and connections to riches.

The real problem today is that poor people work so hard on two or three jobs that they hardly have enough time to think about other ways to make money. The same is true of one of American Republican presidential contenders, Herman Cain. Each time he opens his mouth, he make some people cringe. He said minimum wage is not supposed to be a living wage. That was why his father had to work two jobs to feed his family.

Now, Herman Cain is an African American that made it the hard way. He wants poor people to work two minimum wage jobs to live just like the other guys working one job and spending the rest of his time with his family and develop their other areas of interest. But poor people do not deserve same. So if you are a college graduate making the same amount of salary as high school students, get another job.

Better still by his reasoning if you are black or a woman that makes half of what others make, get another full time job or part-time job to make up. The fact that Herman Cain is applauded for his stand or Ajao would scold lazy people to do whatever it took a black man to make it in Lagos, London, Paris or New York is the underlying problem.

The case of looters lecturing us is much easier to discern because they are hypocrites looking for books to sell, oil rigs or contracts to sublet. The preachers of how to become rich always have conservative views. The more money they make, the more hard work they expect from the underprivileged, unconnected and those relegated to the bottom of the ladder. Even, as statistics of poverty defies old dreams in the richest countries.

We must not forget that the world has just come out of a recession after the collapse of the financial system made possible by greed of the very richest. As world resources are geared towards rebuilding trade and commerce, human potential like good schools and health care for children and women, those that have it all and gained most since the last disaster are ready to plunge us into another world war. But for, the mindful and steady hand of the most powerful man, hardly credited as a rescuer.

Since this man happens to be an African American, he could not have avoided war in Syria by deliberate and judicious plan. They claimed he was way over his head and lost elections to him twice. Now he stumbled into peace. It is incomprehensible to them. Unless there is some voodoo manipulation here that got him unintended results. Well, compared that to the more stable and rational impulsive war that resulted in Iraq.