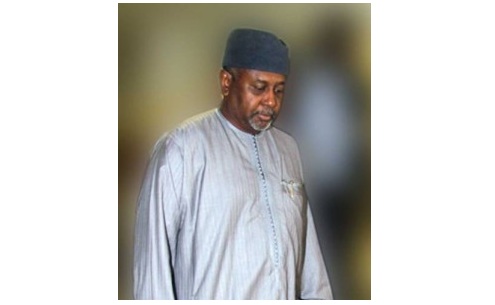 More than 30 students were killed in Yobe state on Sunday.

Governors of the 19 northern states, Sunday, charged security agencies to do all within their powers to halt the killing of defenceless citizens, and attacks on places of worship and educational facilities especially in the North East, by members of extremist sect, Boko Haram.

The Northern States Governors Forum, through its chairman, Governor of Niger State, Babangida Aliyu, said its members were seriously concerned at renewed attacks on innocent people, following Sunday’s killing of about 38 students of the College of Agriculture, Gujba, Yobe State, as well as the killing of 15 persons in Zangang community in Kaura Local Government Area of Kaduna State.

“The forum is particularly alarmed that the shooting to dead of 38 students of the College of Education; Gujba, Yobe State followed the same pattern as the killing of 22 students and a teacher at Government Secondary School, Mamudo in the same state last July,” said a statement signed by Mr. Aliyu’s Chief Press Secretary, Danladi Ndayebo.

Boko Haram has slaughtered more than 3,000 people since it commenced its bloody campaign in 2009.

Details of the attack remained sketchy but the provost of the college, Mulima Mata, confirmed the incident, which the News Agency of Nigeria said occurred early Sunday morning in the Gujba district of the state.

Although Boko Haram has not claimed responsibility yet, residents believe the attack has the imprimatur of its operations.

Academic activities only resumed last week in schools across Yobe state following 10 weeks of closure after the brazen attack by members of the violent sect on two secondary schools, which led to the death of 29 students and three teachers.

The state government ordered the closure of all schools in the northeastern state after the attack by members of the sect on Government Secondary School, Mamudo.

But Government Secondary School, Mamudo, remained closed for another two weeks for the conclusion of ongoing reconstruction work in the school, the state Commissioner of Education, Mohammed Lamin said.

The Boko Haram sect had on Wednesday and Thursday murdered at least 27 persons in two separate attacks in the border towns of Borno State, government officials and security sources said.

The Chairman of Gamboru-Ngala Local Government Area, Modu-Gana Sheriiff, told journalists that the 27 persons died when gunmen suspected to be Boko Haram terrorists attacked Fulatari and Kanumburi wards of the local government.

“In the first attack, six people were killed and four others sustained injuries in Fulatari. While 21 people lost their lives in the second attack including the Village Head of Gamboru Lawan Ali Shettima, and two others sustaining bullet injuries and are now receiving treatment’.

The northern governors’ forum described the fresh attacks as “horrendous, callous and devoid of any shred of humanity”.

The forum called on security agencies to do more to protect the lives and property of citizens and also ensure that those behind the violence in the region are brought to justice.

The forum reiterated its pledge to continue to work with other tiers of government to bring an end to security challenges confronting the nation. – Premiumtimes