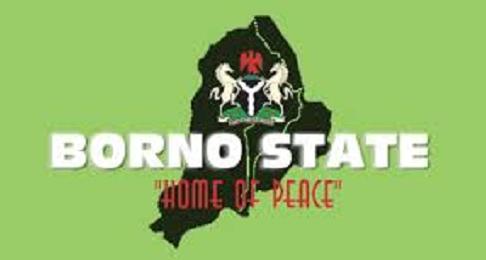 The blame apportionment on the Borno State Government is most unfair and tantamount to political blackmail and unwarranted mudslinging considering that the state is still under state of emergency and the entire security system is under the control of the `Federal Government.

While it is true that the state government did not bother to set up any investigative panel to investigate the circumstances that led to the abduction of the girls as it considers finding the girls and returning them to their parents safely as most paramount, it is equally true that the Federal Government on the other hand which feels it has more time to toy around with the lives of these young girls set up a panel to undertake such investigations.

Usually under administrative law a government sets up a committee to investigate an issue when it has ample time and in the final analysis such reports only ends in the shelves gathering dusts with no action taken. This is why Governor Kashim Shettima placed greater premium to rescuing the girls in good time because there is no time to waste.

Furthermore all security apparatus as clearly stated by the Amnesty International were informed four hours in advance in Chibok about the impending Boko Haram attack before the sunset. These security men abandoned their duty posts and the Boko Haram sect members walked in and abducted the girls. The Northern States C.A,N may wish to be reminded of a similar incident when the Boko Haram insurgents stormed the Army Barrack in Maiduguri in broad day light and freed all their members who were under the detention of the military. If the insurgents could do this to the military at their own base what then do you expect at a defenseless institution of learning?

Even the latest one at Gamboru Ngala where the military were said to have left the town together with the Civilian JTF to Wulgo town in the pursuit of finding the missing girls they left the town bare for the insurgents to come in and unleash their terror killing over five hundred and destroyed over two hundred houses as well as a number of shops, throwing hundreds and thousands out of business thereby bringing the economic activities of that area to a stand still. Why C.A.N of the northern states maintained a rigid tongue on this as well as other previous attacks beats one’s imagination hallow.

On C.A.N’s requisition for the production of the photographs of the missing girls, government was reluctant to release the photographs for the safety and security of the girls now and in the future so as to protect their human dignity and respect to their personality especially being minors. The C.A.N’s sheepish position is equally against international rules on the protection of children which seeks to protect the data and identity of all minors at all times.

Among the abducted girls included the grand daughter of the Principal of the school and for C.A.N to descend so low as to cast aspersion on the person of His Excellency the Governor of Borno State Honourable Kashim Shettima alleging that he knows where the abducted girls are and he should produce them sounds like re-amplifying the statement credited to Dame Patience Jonathan and portrays the C.A.N as the political wing of the First Lady rather than being a religious outfit. For it’s own benefits and other shallow minded individuals whose ploy is to toe the path of negativity and blackmail that the two people you call your father and mother didn’t chose you to be their son and neither did you chose them to be your parents. You came about by an act of God. The place where you were  born, the tribe you claim to be your own as well as the religion you ascribed as yours are not by choice but by the act of God. So if you start blaming somebody who did not create himself either on religious, tribal, ethnic or regionalism, who are you blaming? His creator the Almighty God? this is a question for the Northern states C.A.N to ponder upon.

Finally we wish to state that we are all one and the same thing and should remain as our brothers keepers. We also call on the C.A.N to join their Muslim brothers in prayers for the speedy recovery of these girls and safe return to their respective families and may the Almighty God help us, ameen.