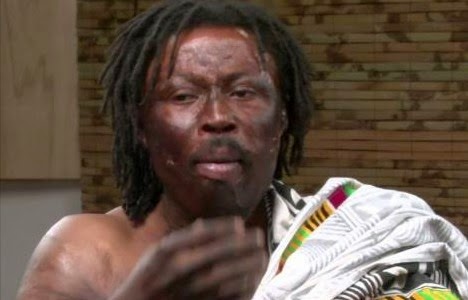 Olufamous- This is really funny. How can someone in Ghana be responsible for some in Europe? Anyway, in the spiritual realm almost anything in possible. And it is based on this we are tempted to take this man’s words seriously.

Spiritualist Kwaku Bonsam says his aim is to prevent the Real Madrid striker from playing against Ghana in the group stages, and possibly beyond that in the world cup.

Surprisingly, when the news broke last week of Ronaldo’s ailment, it triggered a hushed celebration from Ghanaian soccer fans who secretly dread their national team playing the Portuguese team with Ronaldo in striking position.