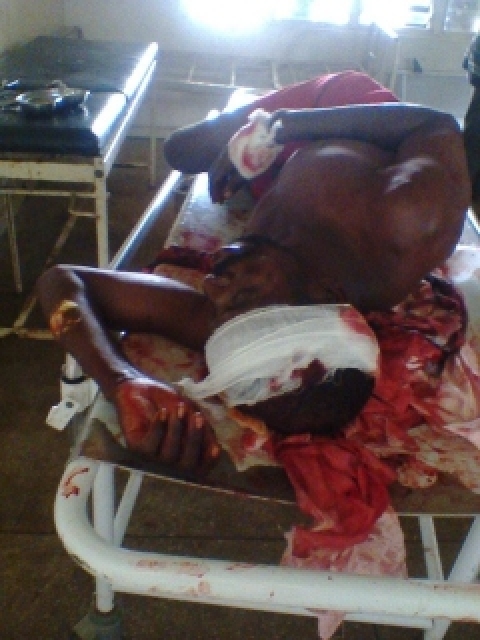 A survivor from the early morning attack

A senior Nigerian military officer has just confirmed to SaharaReporters that more than twenty people have died in a fresh attack by gunmen in the troubled southern Kaduna area.

Earlier today, SaharaReporters had reported that at least 40 people were killed in three villages in the Sanga local government area of Kaduna State.

According to our military source, the latest attack occurred in a village in the same area called Kobin.

“Our information is that the attackers came around 1:20 p.m. in the afternoon and started killing left and right,” said the officer. He added that the attackers retreated once a contingent of the military showed up in the beleaguered town.

However, the source explained to our correspondent that the violence further escalated to another town, Gwantu. “Some people were killed in Gwantu, and their corpses are being taken into the mortuary,” the officer disclosed.