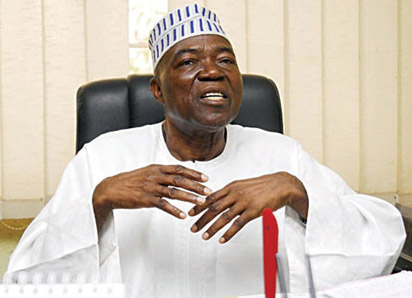 Lieutenant-General Jeremiah Useni, CFR; was a military governor in the defunct Bendel State at the onset of the Buhari-Idiagbon regime in 1984 and subsequently he was minister of the Federal Capital Territory, FCT in the military regime of General Sani Abacha. On his retirement he joined politics and was a chieftain of the All Nigeria Peoples Party, and subsequently, the Democratic Peoples Party, DPP before his recent defection to the Peoples Democratic Party, PDP.

Even in Nigeria, when I was a governor; Bendel State under General Buhari, we were told in clear terms that we should not answer Excellency because we were not the most excellent in the state, there are many excellent people.

Do you think President Jonathan has done enough fighting the insurgency in the country?

He has done enough like I said it very recently during his presidential campaign flag-off in Lagos. When this thing started, yes; we were not properly equipped, the soldiers came in without any sophisticated weapon. Let’s say we took it as a joke; we made such mistake during the civil war.

Then, we started with police action which means you don’t have to go into full war. Police were given all the opportunity to do everything and the army was behind but we realized that it was more than what the police could do.

Biafra had imported sophisticated weapons which we never had in our inventory so General Gowon had to declare full war and that’s how we finished the war but because of the initial delay, it took us three years; it shouldn’t have taken us three years and that is what happened now.

It takes time, don’t forget we don’t manufacture these weapons here and you don’t buy them in a shop like bread where you take your money, buy and go.

So, these are the things, these people had already come prepared so what we are trying to do is get these things in place and as far as I know, the military and President Goodluck Jonathan have done very; very well with the limited and unsophisticated weapons they had but things are improving. Weapons are coming and I think he has done very; very well.

Nobody should underrate our troops because we have fought with some level of sophistication in other places; we fought and restored democracy and peace in Liberia and Sierra-Leone and we have good records fighting UN operations and don’t forget a Nigerian was UN Commander in Dafur.

Our President, Goodluck Jonathan has done very; very well; it is unfortunate that this thing happened and because of our gentle nature; we like peace in Nigeria and we thought it is something that could finish quickly but more and more weapons are coming in now and I believe this year is our year.

I am not trying to predict that we will finish it within one month or two months but I think this year is going to be a very good year for us to deal with insurgency.