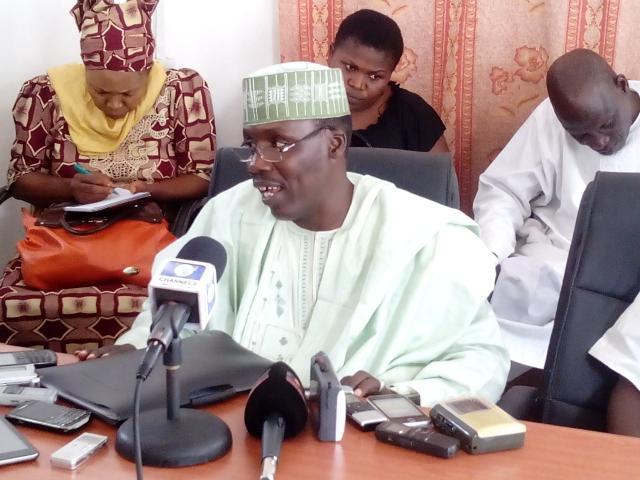 Pastor Kallamu Musa Dikwa who claimed the leadership of Christian Association of Nigeria (CAN) has received 7 billion naira from government to support President Jonathan at the forth-coming election insisted that the money has since being disbursed to various states in the country.

He urged CAN leadership to come out and tell Nigerians the truth rather than looking for excuses to defend themselves.

According to the Borno born Pastor  God himself knows that the pastors actually received the money.

Pastor Dikwa disclosed this at Kaduna office of the State Correspondents Chapel of Nigerian Union of Journalists today.

It could be recalled that days after pastor Dikwa made the revelation CAN national leadership disowned him.

The CAN leadership even said they doubt if he was actually a pastor but Pastor Dikwa while addressing the newsmen displayed his certificate as evidence to show he actually attended theology school.

He said before going to press with the information he had written a letter to the CAN national secretariat warning them about getting involve in partisan politics, especially for monetary reward.

“Goodluck Jonathan administration is deep in corruption which has resulted in mass unemployment, poverty and  insurgency.

“General Buhari comments too in the past has in sighted  people against each other so why should  support any of them. In my openion they should go because they cannot govern Nigeria.

“My problem with CAN did not start today. I wrote a letter to the EFCC dated 20th August 2013 over the 50,000 US dollars given by Nigerian christians based in America which was supposed to be shared to christians victim of Boko Haram families  in North East but was not given.

“As I am telling  you the anti graft agency, told me they are still investigating the matter. I have also written to the same body over the latest N7bn scam.

“As a good Christian I have drawn the attention of the Senate President via a letter calling for his intervention in the problem. In the reply from his office dated February 2013, I was assured that the appropriate measure will be taken in respect of my
complaint. 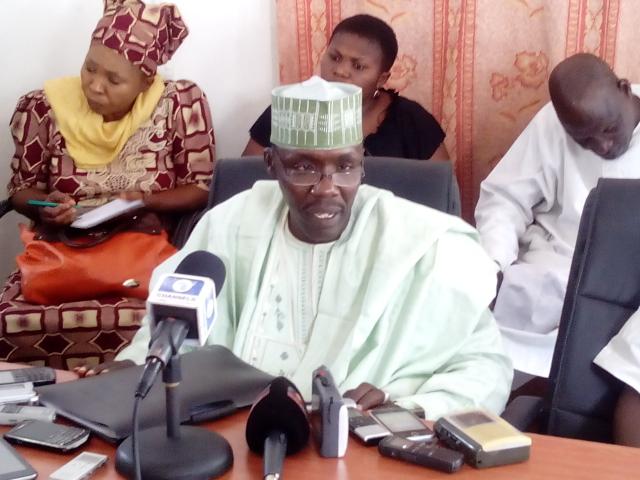 “Some Nigerians did not see reasons with me or chose to turn the other way when the country is being torn apart.

“Today people are being killed as if it is  normal, those of us from the North East know what is happening; women and children were being raped as well as being killed by the insurgents.

“When I saw things getting out of hand.
I was one of the people who wrote an open letter to President Goodlufk Jonathan to come to our rescue and declared Boko Haram as a terrorist group.

“Today I am happy that not only Nigeria but international community has declared Boko Haram as a terrorist group that must be checked.

“I believe that as Christian we should follow the scripture  because anybody who sees evil and said it is good, unto that person it is a sin and in the same vein who saw every good thing and said it is
evil, is also a sin.

“So when we see something is wrong we have to say that it is wrong so that remedy could be made, but in doing that some
people especially in the CAN leadership label us as evil men, but let them remember what the scripture said.

“Some people also said that I don’t know what I am talking about. Some even said I will soon die but I told them that God will protect me,” he said.