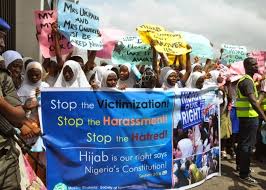 Islam is a religion of peace and technically means total submission to the will of Allah. On the other side, youths are the engine room of the society.

Islam as a religion is the total way of life. It has answers to whatever challenges one may be facing. Islam covers all aspect of life and solves riddles. Challenges faced by Muslim youths in multi religious societies are as follows;

3. Lack of Equal Opportunities: In a society, equity and justice should be the order of the day. It is sad to note that Muslim youths, unlike their counterparts in other religion are deprived of these opportunities.

4. Black Paint: It is worrisome to note that Muslims youths are mal treated because of misconceptions about Islam and Jihad specifically. Some will argue that the likes of ISIS, Taliban, Alshabab (means youth in English) fighters are terrorist. As such, Muslims youths and Muslims in general are labelled as being violent and dangerous. Hence, incessant attacks on them for no just cause.

5. In a multi religious society, Muslim youths are careful of exhibiting their religion due to the negative perception of the society.

7. Lack of Islamic Education: Lack of authentic Islamic education still remains a great challenge to many Muslim youths. This is largely because there are no genuine scholars to teach the religion. This is why some are brainwashed and falsely indoctrinated with bad ideologies and eventually radicalised into fighting their parents, societies and even government on the account that their fake Sheik has told them that they are unbelievers and can be killed.

10. Challenges In Social Life: In some multi religious societies, Muslim youths may join in practicing forbidden social     activity like Valentine’s Day. Many Muslim youths see it as an international lovers day. No it is not. It is a Christian’s religious practice that is presumed to be “just a social activity”.

11. Lacking In Religious Values: in Islam, one is expected to be honest, truthful and straight forward. These are little among Islamic values.

12. Blasphemy and Apostasy: This pose as a danger to every Muslim youths. Lack of knowledge and unavailability of genuine Islamic scholars in the society may be a factor to committing apostasy. The act of not observing the mandatory daily five times prayers and challenging any command from Allah and his messenger is apostasy.

13. Unlawful Engagement Of Youths In Unlawful Hobbies: Muslims youths just like every other youth have their own hobbies. In Islam, there are hobbies also. Prophet Muhammad (SAW) commanded we train our children in three things- how to ride a horse; swimming, and lastly, sword fight. These are meant to train and keep youths ready against any external aggression. Unfortunately, in a multi religious society, music, football, unlawful dating, cards games, fornication and drug abuse are now considered hobby.

14.  Social Networks, Nudity Exposure And Pornography: Social networks are largely own by non-Muslim. Founders of these networking sites are anti-religious in nature; their main aim is to destroy all religions.  Pornographic materials, nudity and indecent dressing are not allowed in Islam. Also, in Islam, a man is not allowed to even talk to a lady without seeking her father’s consent. What is going on in the social media is un-Islamic and Muslim youth unfriendly.

15. Lack of Respect To Parents And Elders: In Islam, it is mandatory for one to be dutiful to his parents, elders and leaders. In multi religious secularist society, they claimed that each and every person from 18 years and above is entitled to personal liberty and right to personal life. Some as a result of this have become Gay and Lesbian.

16. Among many other problems and challenges that Muslim youths face in a multi religious societies include loss of identity, and becoming religious insensitive among many others.