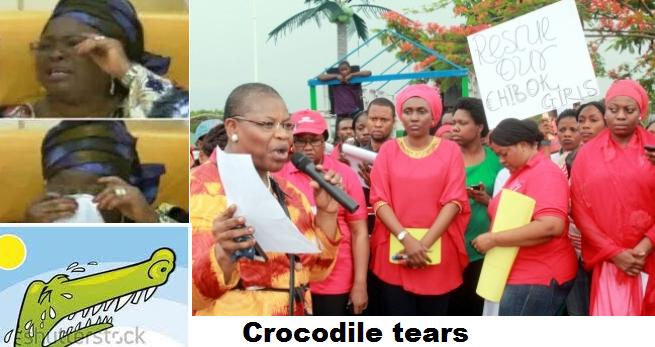 Nigeria’s first lady, Mrs. Patience Jonathan has ordered the arrest and detention of one of the prominent campaigners for abducted Chibok girls.

Naomi Nyadar was arrested minutes after she returned home from a marathon meeting with the first lady and several wives of state governors at the Presidential Villa.

During the meeting, the first lady reportedly accused Nyadar of fabricating   the abduction story, accusing her of being an active member of Boko Haram.

Lawyers to Nyadar said she was first detained at the Asokoro police station with another woman from Chibok before being moved to an unknown destination after protesters began gathering at the police station to demand her release.

Yesterday Mrs. Jonathan dramatically broke down in tears on national television during a meeting with the principal of Government High School where the girls were abducted three weeks ago. During her widely televised “weeping”, Mrs. Jonathan seem to cast doubt on the abduction saga. She was hostile to the principal asking why she did not come to the presidential villa meeting with other teachers.

Also, last week, the women leader of the Peoples Democratic Party, Kema Chikwe, issued a statement at a  prayer session of the party widely questioning the abduction saga, she later retracted her statement claiming she was misunderstood following condemnation by the public. -SaharaReporters 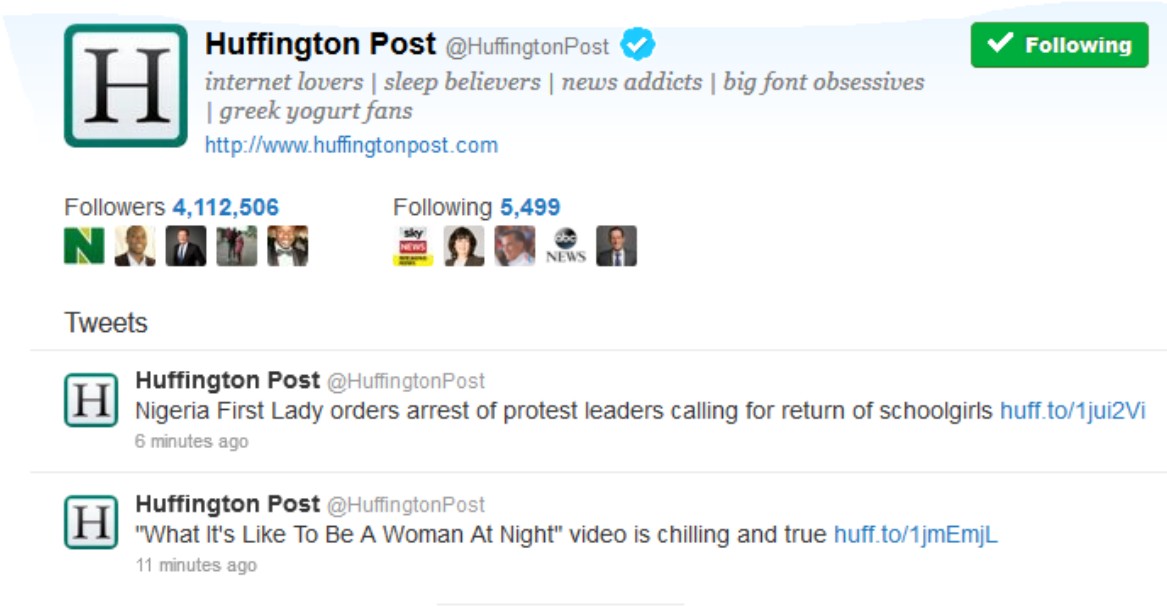 First Lady Patience Jonathan has asked all Nigerian women to stop protesting over the abduction of over 200 schoolgirls of Borno State.

She spoke  at the Presidential Villa in Abuja during another meeting she convened over the issue.

Present at the meeting were wives of the governors of Nasarawa, Zamfara, Kaduna, Katsina, Kogi, Gombe, Benue, Abia and Akwa Ibom States.

Others were the Borno State Commissioner of Police, Commissioner for Women Affairs, the principal of Chibok Government Secondary School, the chairman of Chibok Local Government Area, the divisional police officer in the area and the troops on duty when the girls were abducted.

Mrs Jonathan, who had summoned some officials and individuals from Borno State for questioning over the circumstances that led to the girls’ abduction, yesterday expressed her frustration over the absence of the wife of Borno State governor, Hajiya Nana Kashim Shettima,
at the meeting.

Mrs Jonathan said since women of Borno State were not willing to cooperate with her on the issue, all Nigerian women should stop protesting, saying should anything happen to them during protests, they should blame themselves.

She flayed Shettima’s wife for allegedly being unconcerned over the girls’ abduction.

She however said she could no longer weep more than the bereaved, saying that Shettima’s wife should be the more concerned.

“Before last Friday, I called her and she promised to attend the Friday’s meeting here. Bit to our greatest surprise, she sent her commissioner for women affairs. Also today, she sent her commissioner for women affairs. She is the mother of Borno State. She is the first mother of these missing girls. I am their grandmother. She is not coming out. All Nigerian women are calling her. If she is not concerned and she says she doesn’t want her people to be safe, then it is left to her. If you tell us you are not crying, why should I cry more than the bereaved. If I cry more than the bereaved, the world would ask me a question.

Mrs Jonathan, who insisted that the whereabouts of the abducted girls must be known, said she cried yesterday during church service over the spate of killings in the country.

Challenging all those at the meeting to tell the truth about the girls’ abduction, she said Nigerian women should not join men in the killings.

“People are dying. How can you play politics when you see your fellow human beings dying. Nigerian women, I beg you to support me. Why we will join our husbands to kill others. We want the killings to stop. If we don’t get to know the whereabouts of our daughters, the next thing is they (Boko Haram) will get to us. I am not accusing anybody. My own is let us stop killings and kidnapping. Let us say a stop to these.

“We don’t know what might happen. We don’t wear bullet-proofs. I am not exempting my self or my husband. If I am found guilty, let me go instead of blood to flow. If our constitution is the problem, let them amend it. Today’s meeting will not end because the abducted children are still not out. If you say I should go and sleep, I would go and sleep. But if you say we should move forward to see the end of this, we would go forward”, she said.

As of the time of filing this report, the meeting was still going on.