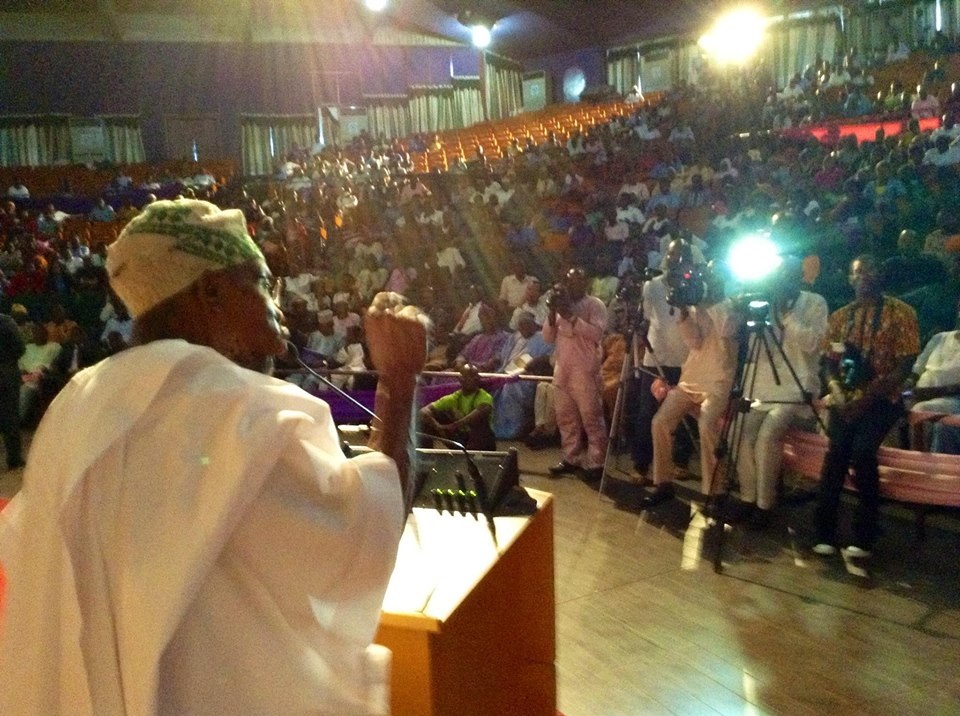 Recently, in Oduduwa hall of the Obafemi Awolowo University, Ile-Ife, the Osun Governor- Rauf Aregbesola was honoured “for putting unprecedented zeal into governance”; thus resulting in extraordinary outcome to the advantage of the Osun people.

They conferred on him a Gold Award for Administrative Excellence.

That the award was the second in nine months was not quite striking as the attention drawn when Aregbesola was addressed as “your excellency” at the event.

“… We did not originate this form of government. I have never heard anybody in America call any governor ‘your excellency’…

“If that is not sufficiently convincing- in the Uk, where the Prime Minister is ‘Mr. Prime Minister’, it’s only the queen that gets majestic title ‘Your Majesty’…

“Where did we have your excellency this and your excellency that from. I want to object to anybody who refers to me as excellency. I am afraid that God will ask me: ‘where do you place Me (God) when they (people) call you excellency?’ And I mean this”.

To drive home his point, Governor Aregbesola wondered whether a student or a candidate in an examination could be graded before writing such examination. He posed this question to the obviously enthusiastic students of the OAU and other guests in attendance:

“Can you be rated any way; like having fail, fair, pass, etc before an examination? A thunderous “Noooo!!!” deafened the Oduduwa hall venue of the event; which was filled to the brim.

And Aregbesola got a spontaneous standing ovation as he so submitted.