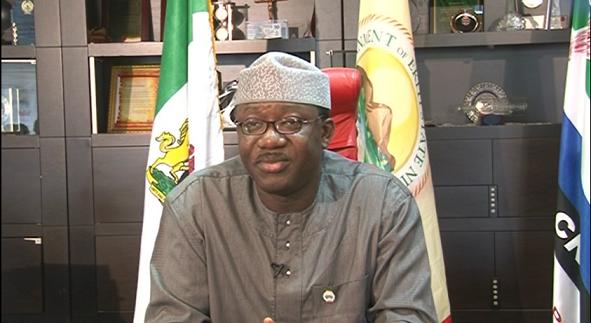 Ekiti State Governor, Kayode Fayemi, Friday stated that a revolution has started already in Nigeria and it will not stop until the needed holistic change, which all Nigerians are craving for is realised.

Fayemi stated this yesterday while speaking at the official launch of the All Progressive Change, APC, in Ekiti State at Oluyemi Kayode Stadium, Ado-Ekiti.

The governor said the APC was no longer an opposition party but an alternative government, which the nation has graciously accepted.

According to him, the FG is now the opposition part, which has been trying to impeach an elected government at the state level.

“You can see what they have done in Rivers State, trying to remove a democratically elected government there,” he said.

He added that change has started in Lagos, Ogun, Oyo, Osun, Ekiti, Edo, Imo, Zanfara, Yobe, and Borno states, stressing that very soon, it will spread across the country.

“Our party, APC is the alternative party and if you go to Lagos, Ogun and all these 11 states where APC is fully in control, you will see these positive changes we have been talking about.

Earlier, Governor Rauf Aregbesola of Osun State said “change is the main thing Nigerians are asking for now. APC is that change, which they are seriously yearning for. The nation cannot continue like this, there must be a change.”