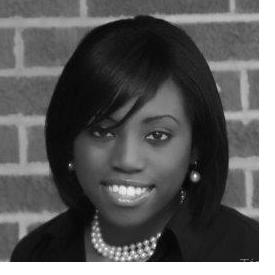 Media outlets are constantly bombarding the general public with negative images of African Americans.  These images often perpetuate irrational fears, negative stereotypes, false ideologies, and inaccurate perceptions.  In fact, when typing “black people” into a google image search bar, many of the results render racists stereotypes including caricatures salivating over fried chicken and mug shots of Black men.  These images, commonly known as microaggressions, are birthed from implicit and explicit racist ideologies.  The problem however, is that they do not describe the majority of African Americans and far too often, they overshadow the good that is being done in the African American community.

In addition, many of these negative images are used to convince the nation that the problem in America lies with the African American community when in reality, African Americans are not the problem.  They have made great progress over the years.  The following list sheds some light on the accomplishments of African Americans, and includes a few positive facts about Blacks in criminal justice.

4. There are more African American business owners.  According to the U.S. Department of Labor, there were nearly 2 million Black-owned business in 2012, that’s nearly triple the number of African Americans incarcerated.

11. More African Americans are filling judicial positions.  Although there is still a lot of room for improvement, the American Bar Association reports a 4% increase in the amount of African American judges from 1990 to 2013.

It is important to recognize the collective accomplishments of African Americans in criminal justice.  Far too often, the public is fed news of record high crime rates, black criminality, and other fallacies that influence the ways in which many African Americans are perceived.  Unfortunately, these perceptions are resoundingly negative.  It’s time for African Americans to use their collective voice to combat these fallacies, recreate positive images, and speak to the good works of the community.