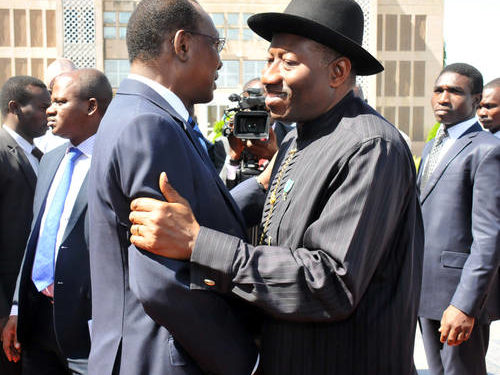 This is a case of the ‘Boko haram’ defeating Boko haram!

About a year or so ago I presented a paper at the Mambayya house in Kano. In that paper I made it clear that the Boko haram insurgency in the north-east was nothing but a war of expansion and occupation sponsored by France on behalf of Chad and Biafra. I doubt if my position on it has changed since then.

*Now comes the ‘war of liberation’ waged by chad against the Boko haram in Nigeria. The war has led to the occupation of some Nigerian towns and villages in the north-east by Chadian forces all in the name of flushing out the Boko haram insurgents from the area.

We have been told that already there are thousands of other Chadian soldiers waiting in Cameroon. What is the basis oft his and why is the Nigerian government till now silent on this breach of our territorial integrity by a neighboring country?

Also why has the Nigerian government refused to accept support to fight the Boko haram from supra-national bodies like the United Nation?

Again why is our government reluctant in arming its own military to deal with the problem?

The north again is put in a catch 44 by the Jonathan government.

Now the issue is that we either accept the Chadian forces of occupation in the north-east or live with the menace of Boko haram. And that is exactly the objective of the insurgency war all these years: occupation of the north-east by Chad and the Biafrans.

It goes this way: the Chadians would occupy Borno and Yobe by expanding southward while the Biafrans occupy the upper Benue valley by expanding northward.

The boko haram carnage we have been experiencing in the north is after all the handwork of the Chadian and Biafran forces. That is why all these years the Boko haram refuses to be subdued. That is why all these years Shekau has refused to die. That is why the Nigerian soldiers in the multi-national force in Baga were stabbed in the back and annihilated. That is what makes the Chadian incursion in the north-east an occupation and their ‘victory’ over the so-called insurgents a case of ‘Boko haram’ defeating Boko haram.

The Biafran occupation of the other north-eastern half is what we are yet to see but is sure to come from the Cameroonian flank I guess! This is the beginning of Nigeria’s end in which northerners are the losers with half of their region gone.

The north must stand up now to force the Nigerian government accept Africa Union and United Nations peace-keepers in the region without further delay. This government is not to be trusted any more!

A Reaction To The Medical And Dental ...