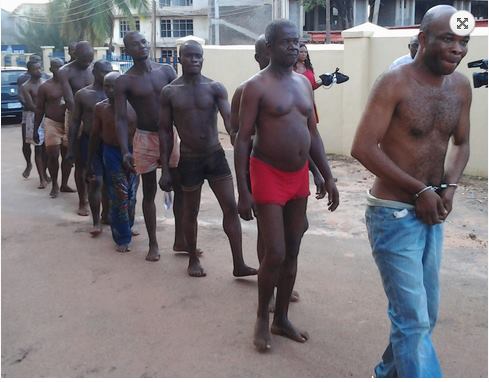 We have obtained even worse and more humiliating pictures of how the Nigerian police force in Enugu humiliated the Biafra Zionists, BZF who attempted to take over a media house; led by Benjamin Onwuka, the self declared president of Biafra. We do not know the circumstances that led to the death of a police officer in the occurrence, but is this the reason why the police stripped and publicly marched all the rebels, or is it a higher aim by the Jonathan government to intimidate all secessionists? Biafrans are very upset with these images. 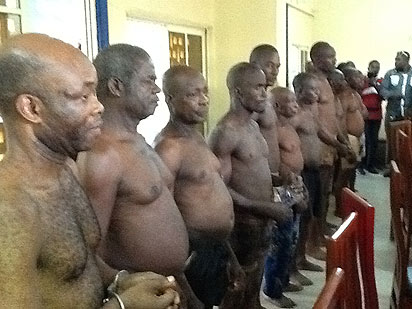