NewsRescue– Forbes list has declared Aliku Dangote, Africa’s richest man. With a net worth of $16.1 B, Aliku Dangote hails from Kano state in the north of Nigeria; a state that is known for having some of the most abandoned children in any single state and even country in the entire world.

Kano has 1.5 million abandoned, Almajiri children by a recent count. These children were sent off by their parents, out of poverty, to live a life of begging while supposedly acquiring Islamic education. These abandoned children have been pointed to as a cause of social destabilization and chronic poverty in the north, as well as a cause of recent terrorism.

Dangote who is opening a cement factory in Namibia, is a great beneficiary of government corruption in Nigeria, Africa’s largest and one of its most resource wealthy nations.

Regarded in the US as ‘beggar-thy-countrymen,’ Dangote benefited tremendously under the Obasanjo administration privatization campaign, when he was literally sold the entire nation. All products Dangote manufactures get importation bans by Nigeria’s government to promote his wealth, while destroying others. Sole importation rights granted to him, still enforced today under the Goodluck Jonathan administration, have crippled all other contesting small businesses to the sole advantage of Dangote, hence the US beggar-thy-countrymen categorization of his wealth amassing model. Politicians, governors and presidents favor Dangote to get donations from him to run their political campaigns to the detriment of the nation. Even Nigeria’s media has been bought by Dangote.

Nigeria’s political woes are also attributed to these corrupt nationals, who buy and sell elections. The sick late president Yar’Adua, who was in no capacity to contest in the elections, was sponsored by Dangote in a plan between himself and ex-president, Obasanjo. The pair knew Yar’Adua was chronically sick and already having blackouts, unable to rule in his state as governor, but this did not hinder Dangote and Obasanjo in their sinister plan to subvert Nigeria and make their dedicated puppet, Goodluck Jonathan the president.

Dangote, the 43rd richest man in the world and the rest at Transcorp, bought the election for the reluctant Yar’Adua from the Nigerian masses, literally, with his donation of 5 billion naira, a rented jet and 45 jeeps to run his campaign. This is the reality of Nigerian democracy. And this is the role of the “quiet” Dangote in picking and installing leaders who will in turn reward him by handing over the nations coffers to him on a platter.

Not surprisingly, Dangote does not view Boko Haram terrorist organization—which has claimed over 5000 lives and threatened the peace, security and prosperity of not only Nigeria, but the entire region of Sub Saharan Africa—as “Nigeria’s worst evil.” He sees infrastructure problems as a bigger issue. Of course, he, being a sole supplier and manufacturer in Nigeria, is poised to be at the receiving end of contracts to build infrastructure while Nigerians die from terrorism, the country courses bloody sectarian and ethnic convolutions, and the northern region is totally wrecked. Talking about evils, nothing has wrecked Nigeria and been more evil to Nigeria, than the “elite,” like himself.

In Dangote’s terms, Dangote is Nigeria’s greatest terrorist due to his controlling and usurping all its opportunities, including its leadership selection. 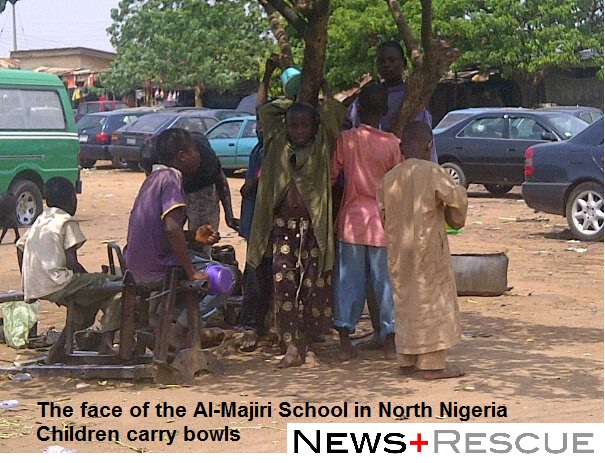 How can a man with such wealth, contribute next to nothing to his people and the poverty stricken children of Nigeria? This person manipulates Nigeria’s political scene in all manners that ensure his immense wealth is derived from exclusive deals in Nigeria. Yet he is too wicked and selfish to assist with development of his people. Kano state, from whence Dangote’s family originates, has over 1.2 million Almajiri beggars. Several of the abandoned, homeless Almajiris and beggars, go into terrorism. Is it not a shame that the wealthiest black man comes from a state with so many abandoned children, and he does next to nothing about it?

A Kano man made this comment about the son of the soil:

Dangote was born and grown up in Kano; but Wallahi; Owella Rochas Anayo Okorocha is far better than him and his so-called father Aminu Dantata. They are killing Kano, they should go to hell with their wealth. A. A. Rano, A. S. A Hadejia and the likes of Na Allah are the kind of people Kano, north and Nigeria want. Forget Dangote, Dog feel more safer than him in Kano metropolis.

Most certainly, this Hadith will strike a note to Dangote: In the end days, Gains will be shared out only among the rich, with no benefit to the poor. (Tirmidhi)

The sad truth is: Dangote  is part of the reason why there are so many destitute’s. He makes the kings who rule Nigeria horribly. He benefits from the deals that cheat Nigeria and its people. His wealth was amassed from preferentialism, corruption, money laundering, according to wikileak US cables; from special deals, that crippled other small businesses and industry while giving him sole authority. Dangote and his likes is the reason why there is so much poverty and terror in Nigeria.

Leaks from the US, related to Dangote described the dangers of Dangote, aka, beggar-thy-countrymen: 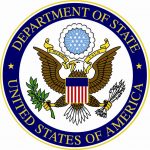 ¶1. (C) Summary. Alhaji Aliko Dangote (Dangote) is Nigeria’s most well known businessperson and may be its wealthiest citizen. He has taken on the aura of an economic folk hero for some, villain for others. To supporters, he symbolizes that Nigeria can do more than barter and trade. It can succeed in manufacturing. To detractors, he is a predator using connections in a corrupt political economy to tilt the playing field in his favor and sideline potential competition. The truth resides somewhere between these caricatures. Dangote is counted among President Obasanjo’s inner circle of business advisors. It is no coincidence that many products on Nigeria’s import ban lists are items in which Dangote has major interests.

¶2. (C) Summary Cont’d: Although an undiluted success in terms of wealth accumulation, Dangote personifies the duality in Nigeria’s economy. This duality presents a dilemma for US economic policy. On one hand, Dangote imports significant amounts of US produce and equipment for his manufacturing ventures. On the other, he has had success blocking trade and investment that might compete with his enterprises. Weighing everything in the balance, we believe the Dangote model is harmful to Nigerian and American interests in the long run. Unfortunately, the Dangote model will likely be the one most emulated until its beggar-thy-countrymen contradictions become more apparent. End summary.

Haba Aliko! But while you are still cutting ribbons to open new industries in the safer southern and western regions and other countries in Africa, your own northern region is burning!
Burning in the catastrophic chaos of Islamic insurgency in the masquerade of Boko Haram.
But who is to blame? You are not culpable? You think you are innocent?

How many of you industries are located in Kano and other northern states?
Are you biggest factories located in the northern regions?

How many of the millions of jobless people in Kano are employed in your following Dangote Group of Companies and subsidiaries?

What have you done for your thousands of nomadic and rampaging cattle herdsmen who are roaming and trespassing farmlands from the north to the middle belt and to the south when they would fare better if you can just spend only $1 billion to settle them in ranches and let them develop livestock farms all over your northern states and stop their prehistoric nomadic life of trespassing other lands.

Meanwhile, Africa’s richest woman, Folorunsho Alakija worth over $600 million, was conspicuously not listed on the Forbes list.

The entire list of Nigeria’s most wealthy, which comprises Nigerians of all ethnicities is below: