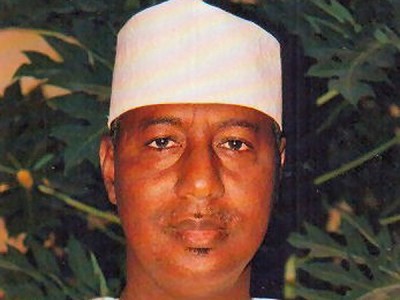 More details have emerged regarding how Mohammed Dakingari, the Accountant General of Kebbi State allegedly siphoned N1.3 billion from the state government.

Mr. Dakingari, who is currently being detained by the EFCC in Abuja, allegedly used a company that is wholly owned by him, Beal Construction Nigeria Limited, to award various contracts to himself.

Mr. Dakingari’s stake in Beal Construction is contrary to civil service regulation which forbids serving officers from owning businesses. But investigators from the anti-graft agency stumbled on evidence that showed Mr. Dakingari owns Beal Construction, which he runs with his sons and brothers as co- directors.

Findings at the Corporate Affairs Commission show that Mohammed Bashir Mohammed, Anwal Sadat, and Nasir Mohammed, all sons of the Accountant General, are directors of the company while two of his brothers, Abduallahi Mohammed and Habibu Mohammed, are the other two directors.

Analysis of the accounts revealed a total credit of N1.3 billion between May 2012 and September 2013, with most of the receipts coming from the office of the Accountant General and the Kebbi State Ministry of Finance.

Some of the contract executed for the state for which Beal Construction Company received huge payments include the supply of furniture to 66 secondary schools in Kebbi State valued at N987, 000 million; the connection of water and drainage system at Kebbi Central Mosque valued at N110 million and the building and partitioning of Mohammed Maira Secondary School valued at N247 million.

Sources close to the investigations reveal that Mr. Dakingari and his accomplices would be arraigned in court as soon as investigations are concluded.

Efforts to get the Kebbi State Government to react to the investigations and why it allowed its Accountant General to award contracts to himself were unsuccessful. The Kebbi Information Commissioner, Sani Kanya, did not puck calls or respond to a text message sent to him.