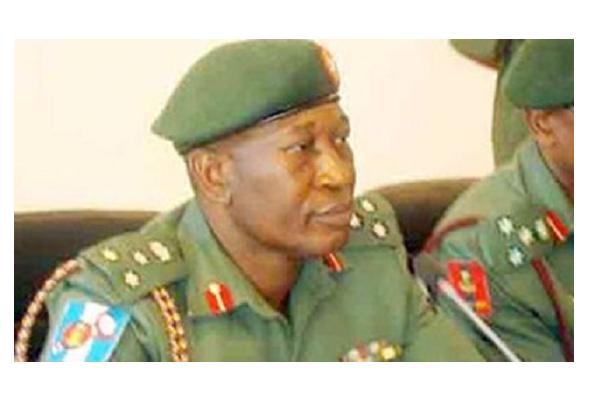 Corruption and gross, malicious ineptitude of the fourth republic has taken its toll on the Nigerian security department, the last remaining, touted vestige of decency in the nation. It can no longer be denied that the military and entire security network of the nation right up to the office of national security, ONSA and ministry of defense has been compromised.

In September last year, PremiumTimes and SaharaReporters broke a story about a Security massacre of innocent citizens squatting in a building in Apo area, Abuja. The Nigerian forces had reportedly simply fired upon squatting civilians who they were reportedly trying to evict from the building. The security department claimed it was a battle with terrorists and that guns were found. Their claims were all later proven to be lies and this month the Nigerian Human Rights (NHRC) indicted the Directorate of State Security, DSS of murder.

Prior to this, there had been several reports and serious complaints by human right associations and concerned citizens that the military was killing as many or more innocent civilians than the terrorists were, as it battled Boko Haram in the north. There were and still are many complaints of the military actually withdrawing forces to permit Boko Haram terror attacks, including in the killing of distinguished army veteran, General Muhammed Shuwa in 2012, in whose case it was reported by PM News that soldiers actually watched as he was killed.

In February of this month, the Nigerian president threatened to pull out forces to “illustrate” to the northern leadership the effect of the military in the north; shortly after his announcement, there was a reported pull out of troops stationed near a school in Yobe which was subsequently attacked by terrorists, with dozens of students massacred.

About a hundred military dressed gunmen or groups of this number have been ravaging the middle belt of Nigeria, killing all people in sight and burning buildings in towns they visit. This situation has never been accosted by the Nigerian security department and has lasted for three years. It was believed that there were no leads, however an exasperated community head of the recently attacked Yar Galadima village in Zamfara where 250 were killed, revealed that the perpetrators and their camps were known by the town’s men and the security department; and that several had been arrested and released to continue their mayhem. The village head even gave the names of the terror leaders arrested and released by the state security department.

In Keana, a town in Nasarawa state, this month at least 15 civilians were summarily executed while burying a relative. The attack was initially reported in the nation’s top dailies as a successful military engagement against terrorists, however as the actual details unfolded and it was found to be a military men massacre of innocent cooperating civilians, the military retracted their ownership and submitted that an investigation was being conducted into the true occurrences.

This same April, a Voice of America, VoA broadcast suggested that there was top level military, treasonable sabotage, with military on military ambushes and slaughters of the nation’s security men by their own trainers. The report captioned,” Army, Boko Haram Working Together in Parts of Nigeria?” was a seriously embarrassing news piece, which the Nigerian military quickly denied, claiming the soldier who made the revelation was not a real soldier in the Nigerian army; however since the report, we have spoken with other military men, including others attacked in the same reported ambush, who substantiated the report that they were left with one or two magazines and ambushed by their own military.

A recent report by SaharaReporters alleged that junior officers had complained that the generals were undermining the mission of the army in Borno, embezzling funds for security equipment and mobilizations, sometimes placing two army units in one zone to reduce costs while sabotaging security delivery. The report revealed that ammunition was in inadequate supply, allowing the superiorly kitted Boko Haram terrorists, with things like night-vision goggles Nigeria’s troops did not have, and more rounds of superior ammunition, the capacity to defeat the Nigerian army. Even food was scroungy, further defeating the morale of the soldiers.

In latest news reports, according to the Borno government office, the school involved and the populace, the Nigerian military dangerously lied about the release of the abducted 100+ girls. The military had claimed it had released the girls; this was allegedly a very evil and deadly lie, as the citizens said their wards were still in the bushes with the terrorists.

Nigeria’s security department has visibly, deliberately failed to curb terror freely plaguing the nation; not a single sponsor of terror has ever been prosecuted, despite preponderance of evidence including the Abba Moro White report indicting Borno politicians in the establishment of Boko Haram. These politicians exiled by the Borno populace now live safe in the nation’s capital. The army has also been accused of not responding for up to eight hours when villages call and report impending and ongoing attacks. Helicopters have been reported to be surprisingly flying in Nigeria’s monitored air spaces across the north, also indicating dangerous compromise and sabotage of the army and State security department. The security department seems further compromised, accused of aiding and abetting terror and lying to condone military massacres and failures.

When Nigeria’s former head of state security, NSA Andrew Owoye-Azazi had revealed that terror in the nation was not accidental but was sponsored and supported by top ruling-party, PDP politicians, he was fired, and killed in a helicopter crash later that year. Nigeria is today in a very precarious situation as terror increases across the nation, especially its northern parts. More than 21,000 people have died of the violence since Jonathan came into power. Not a single sponsor of terror has been prosecuted by this government.