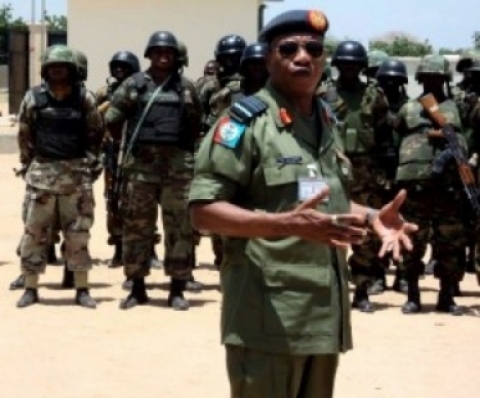 FOR their alleged links to Boko Haram, some soldiers are to face death penalty while others will go to jail. Those affected are one lieutenant, one warrant officer and 16 others. The General Court Martial   has been trying them since July 1, this year.

They were accused of offences ranging from communicating with Boko Haram members, cowardly behaviour, murder, to manslaughter. They were being tried by the Three Armoured Division as the case fell within its Area of Responsibility (AOR).

A military source said that those soldiers who were sentenced to death actually deserved the sentence because “for serving soldiers who swore to defend the territorial integrity of Nigeria and Nigerians therein to be found conniving with the enemies of Nigeria (Boko Haram) is a treasonable offence which attracts capital punishment.

“The Boko Haram members do not hide their sinister agenda. They want to destabilise the country. Everybody knows that. For soldiers to now secretly work with them at the expense of the country is treasonable. And it is so treated.”

Contacted for comments, the Deputy Director, Army Public Relations of the Division, Col. Texas Chukwu, told The Guardian Sunday that he was preparing a formal speech in this regard, and that this might be made public today.

At the inauguration of the Court Martial on July 1, 2013, where all the 18 accused military personnel were arraigned, the General Officer Commanding (GOC) 3 Armoured Division, Jos, Maj.-Gen. Ebiobowei Bonna Awala, remarked that the accused soldiers facing the court martial were from the Three Armoured Division, Joint Task Force (JTF), otherwise known as Operation Restore Order from Maiduguri and Special Task Force (STF), known as Operation Safe Haven, from Plateau State. He said that the soldiers had been duly investigated for the various offences they were alleged to have committed.

According to Awala, the General Court Martial is one of those instruments conferred on him by virtue of Armed Forces Act Chapter A20 Laws of the Federation of Nigeria to address problems of this nature. He pointed out that discipline is the foundation on which the military career rests, adding that discipline and loyalty are two essential requirements no person who wants to succeed in professional soldiering can afford to lack.

“It is the duty of superiors to observe, correct and instantly deal with negligence or any misconduct on the part of subordinates. When there is any breach, it is expected that appropriate disciplinary measure must be taken by commanders to forestall future occurrences. This way, the Nigerian Army can continue to play its constitutional role and sustain its accolade as the pride of the nation.

“It is with a heavy heart though, that I have to convene this General Court Martial, being the first within four months of my assumption of duty as the GOC of this Division. However, I must state that if this division is witnessing this court martial, it is because I want to sustain high level of professionalism required to confront the mounting security challenges in the division’s area of responsibility.”

The GOC had admonished all parties to the Court Martial to discharge their duties expeditiously and with a degree of commitment that would enable the accused persons know their fate in good time.

As the Court Martial finished with the first batch of offenders, it was learnt that fresh offenders were being arraigned before the court.